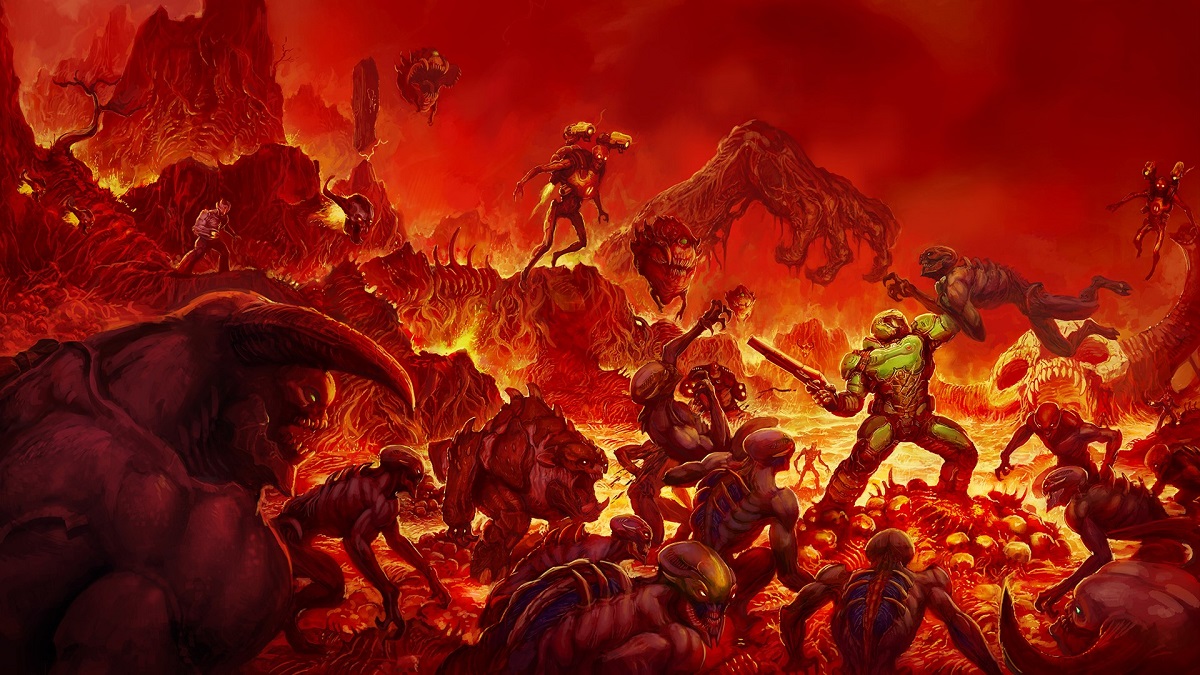 Bullets soar through the air as the action intensifies on screen. First-person shooters (FPS) is one of the most exciting genres in the medium, and thankfully, the Nintendo Switch has some key titles like Doom and Overwatch. Here are the seven best FPS games on Nintendo Switch, ranked from our least favorite to the best.

Worst of the best: Paladins

Tired of Overwatch and want something similar but new? Paladins is a decent way to go. It takes a similar formula and runs with it, with all manner of characters to choose from. There is the traditional Call of Duty-style Viktor with his assault rifle, or a Tracer-like goat boy named Talus, who uses automatic pistols and zooms back in an instant. And then you have healers like Ying, who utilize the power of illusion against her enemies. Paladins also has a deck-building system that buffs your character in multiple ways, adding a new spin to the FPS genre. Oh, and it’s also free-to-play, but like Hi-Rez Studios’ Smite, the cosmetics aren’t cheap.

While the graphics and the gameplay elements have aged slightly, BioShock is still a very solid FPS to play on the Nintendo Switch. Its single-player storyline is immersive, engaging, and thought-provoking as you explore Rapture, an underwater society gone to ruin. The iconic Big Daddy enemies are memorable highlights in the game as they rip and tear through you with a drill-like arm and will charge at full speed. There are a few issues like its old-fashioned puzzles, but there’s a lot to love about this classic Xbox 360-era FPS. Just like the next game on the list, it’s included in BioShock: The Collection.

BioShock Infinite takes the groundbreaking gameplay of the original title and scales it up with all-new abilities and weapons at your disposal. Traversing around the land in the sky Columbia is energetic and exciting as you move from one track to the other. Your partner Elizabeth also can conjure up new items for you to help in battle. There are some unique enemies and interesting scenarios that will be facing you along the way. It also has some of the best voice acting in gaming with Troy Baker (The Last of Us, Final Fantasy XIII) playing Booker DeWitt and Courtney Draper (Ponyo, Days Gone) as Elizabeth. Just prepare for the ending to confuse you.

Wolfenstein 2: The New Colossus brings a competent FPS with thrilling action and stunning set pieces on a portable device, the Nintendo Switch. The developers of the port must be commended for bringing the graphically impressive title from the PS4 and Xbox One onto the Switch. It does run at a slower FPS, but it’s technically capable and it still succeeds at telling an alternate universe storyline in a world where the Nazis won World War II.

There “Ain’t No Rest for the Wicked” in Borderlands 2, and the Nintendo Switch is no different. This game is a phenomenal looter shooter that tells a compelling yet at times funny narrative. You’ll be collecting all manner of guns that have rotating elemental effects, styles of barrels, and damage output as you go through the game. Additionally, there’s online multiplayer so you can play with your friends as you rip your way through the world of Pandora. It also has a unique aesthetic as the world and characters are cel-shaded like a comic. Borderlands 2 can be bought with Borderlands: Game of the Year Edition and Borderlands: The Pre-Sequel in the Legendary Collection.

Demons, intense action, and excellent gunplay come together in Doom. You’ll be ripping and tearing through demons as you protect fellow humans from all kinds of fiends. The frame rate holds up on the Nintendo Switch, and the developers have made this game certainly playable in either docked or portable mode on the system. The game itself has a slew of action-packed weapons like a grenade launcher, an energy weapon called the Hellshot, and of course, the destructive BFG-9000 with its plasma capabilities. You’ll be having a hell of a time in this 2016 reboot of the long-established series. The sequel Doom Eternal is also on the Nintendo Switch.

Best of the best: Overwatch

Overwatch is an FPS that you can spend hundreds upon hundreds of hours playing, as it has a selection of defined characters that each have their own gameplay flair. Tracer is a lightning-fast character that can place bombs as her ultimate, while Reinhardt can charge his foes dead center (and also protect his party members with a wide shield). The beauty of Overwatch is how you can synergize these characters together into a cohesive team; that’s where the strategy comes in.

Over the hundreds of hours you’ll likely play, you’ll learn each character’s in-depth moves and guns that will help you call out certain tactics on the battlefield. Overwatch has stunning cartoon-like aesthetics and compelling levels inspired by real-life cities around the world. It also runs great on the Nintendo Switch. Overwatch 2 is just around the corner.