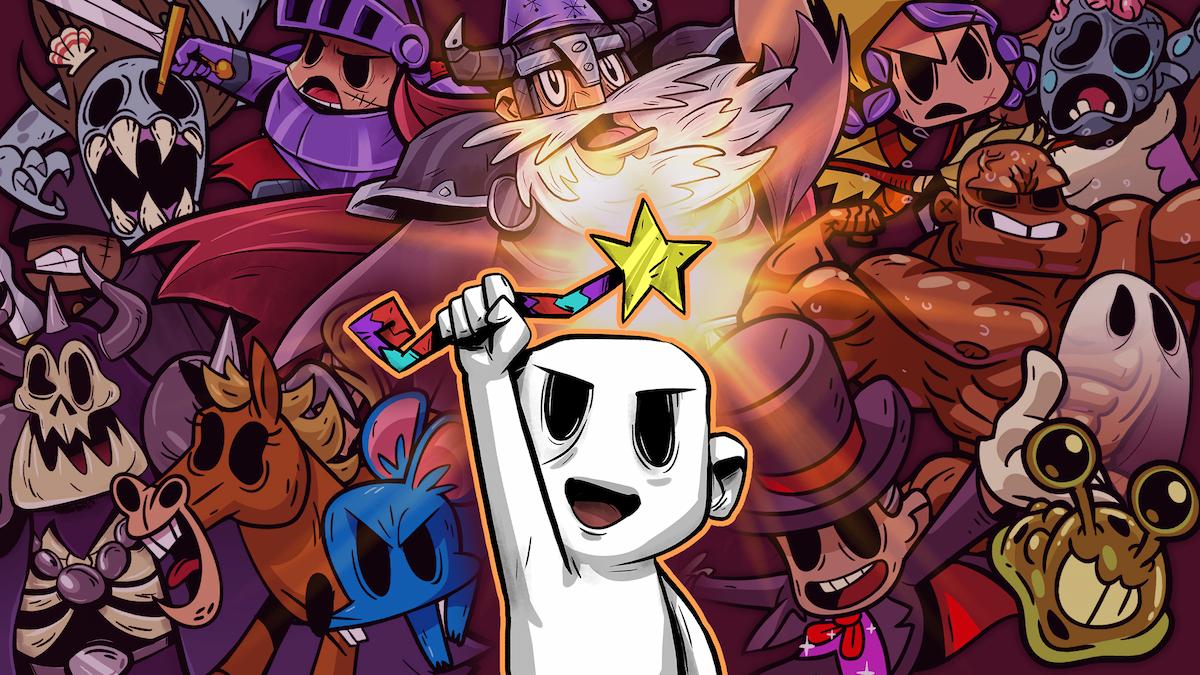 Nobody Saves the World gives you a great deal of choice in how you play. Not only are there over a dozen forms with different playstyles for you to choose between, but each form also has its own unique set of abilities, which can be swapped out with abilities from other forms.

Thanks to this feature, you can take the best abilities of some forms and give them to forms you might prefer playing as. While active abilities typically contain damage-dealing moves that cost mana to perform, passive abilities often grant buffs of varying degrees to whichever form they’re applied to. Below is a list of the top active and passive abilities we got the most use out of while playing through Nobody Saves the World.

A Sharp-type move, you can use Hat Trick to summon animals to fight by your side temporarily. More often than not, you’ll summon rabbits, which are pretty good at chipping away at enemies’ health, but occasionally a white tiger will pop out, which can take down foes with ease. As you upgrade this ability, the amount of mana required to summon an animal will gradually decrease, allowing you to summon more companions. This ability is also rather useful as the animals can draw an enemy’s attention away from you. This ability is unlocked by leveling up the Magician form.

This ability costs a hefty bit of mana, but the effect is worth it. Zombite is a Dark-type move that infects enemies so that when they die, they’re resurrected as allies that will fight alongside you. The move has a fairly large area of effect, meaning that if used in conjunction with another more powerful move, it’s more than possible to infect a large group of enemies, kill them right away, and then have a batch of zombie allies ready to help you. As the name implies, you’ll unlock this ability by leveling up the Zombie form.

Yet another ally-making ability, you’ll receive the Summon Demon ability from the Necromancer form, and it allows you to resurrect dead enemies to fight alongside you. All you have to do is stand over a recently-killed enemy’s corpse, use the ability, and an undead ally will spawn. The action of spawning an ally also does Dark damage to any nearby enemies. This is useful for much of the same reason that Zombite and Hat Trick are. You can actually equip Zombite, Hat Trick, and Summon Demon on one form and use them all in conjunction with one another to effectively spawn a small army of NPCs.

A Blunt-type move, Pump Up buffs your attack stat, and the effect can be further stacked by repeatedly using the move. Theoretically, as long as you can keep replenishing mana to use Pump Up again before losing the buff, you can keep your buff up for as long as you’d like. With the attack buff, you can deal massive amounts of damage to your foes. Appropriately enough, you’ll unlock the Pump Up move by leveling up the Bodybuilder form.

This is among the best Light-type moves in the game. Unlocked by leveling up the Slug form, Blob Lob sees you throwing a blob of slime that not only does Light-type damage upon impact, but also slows enemies drastically. We recommend this ability for forms that excel at ranged combat, such as the Ranger, Slug, and Zombie. The slowdown effect applied to enemies makes them prime targets be shot at by these forms.

This is among the first passive abilities you’ll unlock, courtesy of the Ranger form, and it’s also among the most useful. This ability ensures that every one of your attacks, regardless of their typing, will cause poison buildup in any enemies you hit. Cause an enemy’s poison meter to fill, and they’ll be poisoned. Once you acquire this passive ability, we recommend you equip it to every form you unlock, as it effectively allows you to deal more damage with minimal effort.

As one might surmise based on the name, this is a passive ability gained by leveling up the Zombie form. With this ability equipped, you’ll replenish health based on the amount of damage you deal. At the ability’s lowest tier, 3% of the damage you deal will be restored as health, and that percentage increases the more you upgrade this ability.

Whenever you use an active ability, you’ll have to wait through a cooldown period to be able to use it again. Luckily, the Quick Charge passive ability reduces that waiting period. Naturally, the cooldown time is further reduced as you upgrade this ability. Ironically enough, this ability is acquired by leveling up the Turtle form.

Acquired by leveling up the Necromancer, Blood Pact automatically heals your NPC companions as you deal damage. This ability is best paired with the Zombite, Hat Trick, or Summon Demon active abilities, as it effectively further prolongs the life of your companions, provided you’re actively participating in combat.

Appropriately unlocked by leveling up the Horse form, Horsepower grants you extra mana for using your signature move (active abilities exclusive to forms that do not consume mana) to break objects, including crates, pots, and chairs. In the interest of keeping your mana bar as full as possible to make full use of your active abilities, you’ll want to have this ability equipped, as Nobody Saves the World’s various settings are filled with objects just asking to be broken.