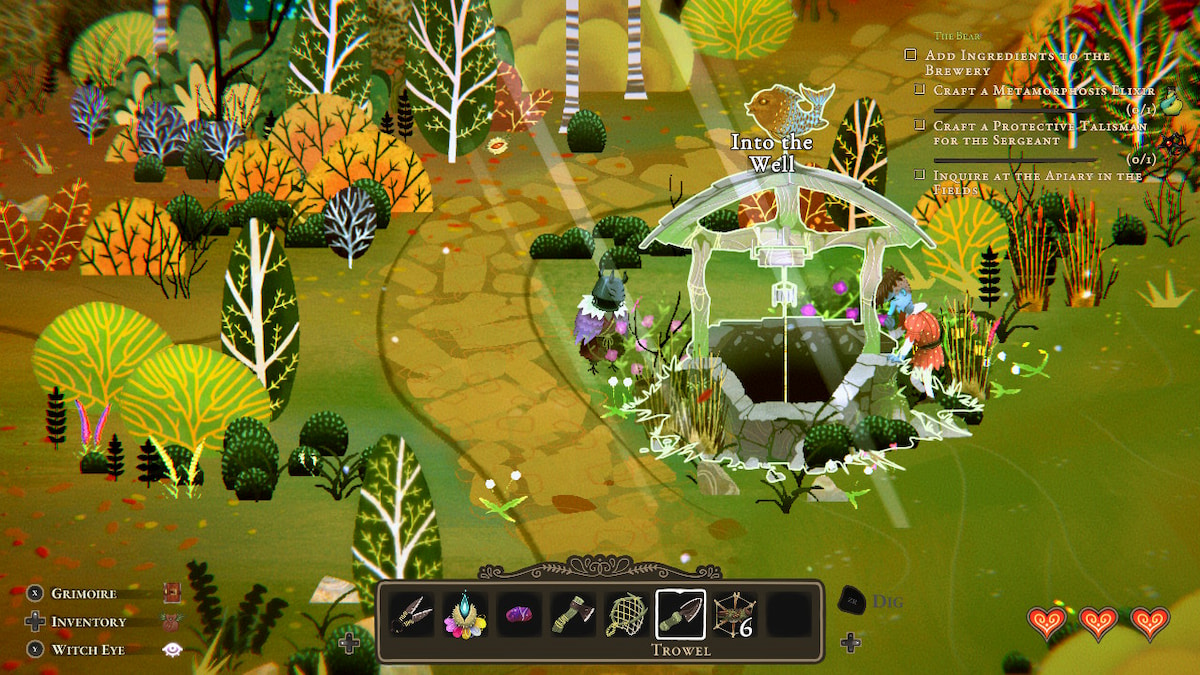 We’ve all had moments where we’re trying to enjoy a bit of time alone in our swamp home, only to find out that there we made an accidental pact with a demon in disguise as a small black goat. This demon demands a collection of souls to fulfill that mysterious pact, so we need to head out and find ingredients and materials to create the spells and reagents needed to progress the story.

The crafting system in Wytchwood has a fair bit of depth to it, so it can be overwhelming to try to decide which spells and reagents to make first. Here are some of the most useful ones to focus on that will not only help you advance the story but will also keep you alive and healthy as you explore the world and trap those pesky souls for the demon-goat.

The main difference between a spell and a reagent in this game is that spells usually have two or three basic ingredients to combine to make them happen, while reagents require multiple steps of crafting to get them. There are a total of 46 spells and 30 reagent recipes to create in the game, but these are the ones you’ll get the most use out of.

This is your basic healing spell. Though the game doesn’t have combat in the traditional sense, you will still take damage and the mending poultice will make those ouchies go away. It has only two ingredients, the healing leaf and the red mushroom, which can both be found in the swamp and forest areas. Make sure you don’t leave home without them.

This is one of the first reagents you get in the game and can be made of a Reedy Twine and a pair of Twigs. While this reagent might not do much on its own, it is one of the building blocks for many of the more powerful reagents and spells, such as the Protective Talisman and the Shiny Lure. Having the ingredients for Wickerwork readily available will keep you from having to continually backtrack.

This is another of those basic reagents used to create many spells in the game, but it also has the bonus effect of being what amounts to a sleeping powder. This can be used to escape from creatures or to solve puzzles throughout the game. You can make a Soporific Potion out of two Lethe Caps, a Jar of Water, and an Impeye Nut.

Wytchwood doesn’t have a traditional combat system, but it does have pesky creatures like goblins running around that can cause all sorts of problems for you. The Dreadful Doll spell is a good counter to many of them. While it won’t actually hurt the enemies, it will stun them long enough for you to make your very brave escape. It will cost you three Grains, three Hopper Legs, and a Sewing Kit.

There are plenty of objects throughout Wytchwood that look and feel out of place. Chances are, they will have something to do with a quest at some point, but it can be tough to tell exactly what they are or how to use them. Unveiling Powder is often the best way to identify the item and what it does. It will give you a description of the object and any weaknesses it has. Having a couple of them on hand is a very good idea. Each spell costs a Hagshroom, two Seeker Vines, and an Impeye Nut.