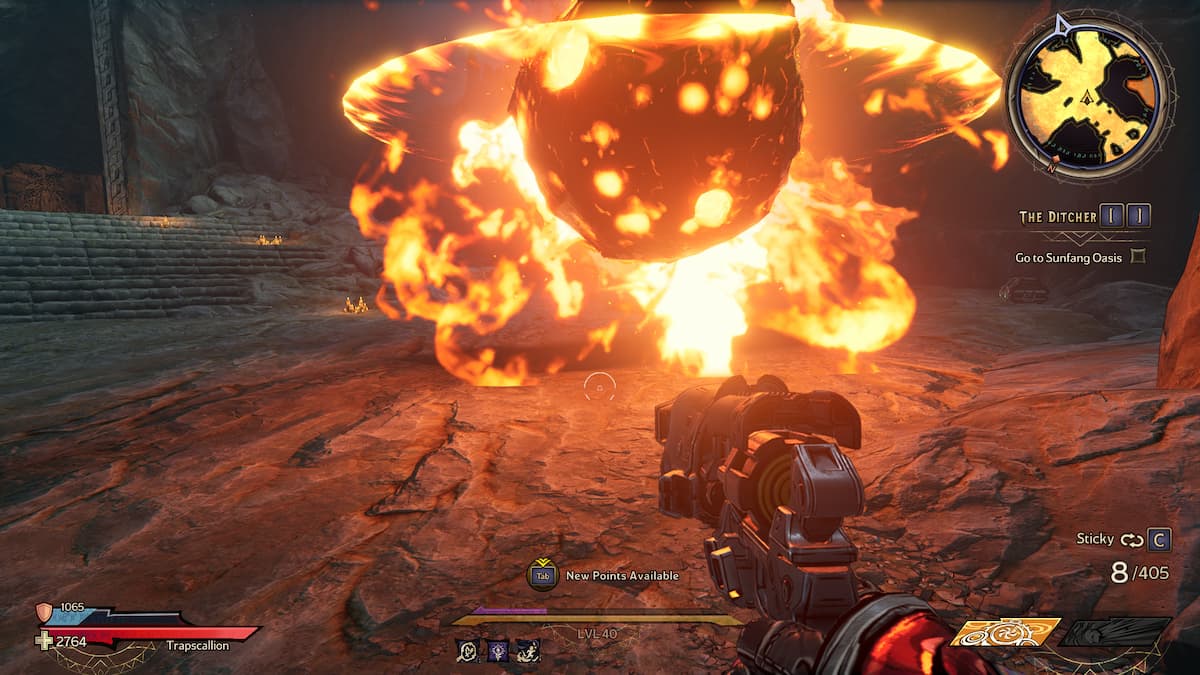 If you’re looking to sling magic, imbue your gun with various elemental bonuses, and hit a flurry of massive numbers, you probably chose the Spellshot as your primary class in Wonderlands. With their unique ability to equip two Spells, as well as rest spell cooldowns when they score a critical hit, Spellshots can put out a beastly amount of firepower in a short amount of time. Here is the best Spellshot build in Tiny Tina’s Wonderlands.

Before we get into it, note that your build truly doesn’t matter until the end-game — Wonderlands is balanced well enough that as long as you are investing Skill and Hero points as you level and upgrade your guns whenever possible, you should clear any pre-Chaos Chamber content with ease. However, this build will help squeeze out that extra bit of power while you are leveling, and allow you to feel even more godly than you already are. Finally, this build is a variation of a few posted around the community — it really is that powerful.

The screenshot above shows where you should place your points and what sub-class you should pick. Stabbomancer gains an inherent 30% bonus to critical hit chance as well as flat damage bonuses based on movespeed. This supplements Spellshot nicely because you will need to score critical hits often to reset your spell timers. As such, talents such as Font of Mana aren’t really useful, because you don’t need to worry about a cooldown in the first place.

The screenshot above shows how you should place your Hero Points. We want to max out critical hit chance as well as critical hit damage. The primary reason for boosting Wisdom, however, lies in a talent you picked up: Exploit Their Weakness in the Stabbomancer line. This boosts all damage taken per status by 6%. With the right enchantments, you can put three statuses on your weapon for a total of 18% bonus damage. Combined with a nearly 50% boost to status damage, as well as the Contagion talent, you will spread your three statuses around the entire enemy group, melting them down with ease.

Your gear is important — but this build is weapon agnostic. You can use any weapon you find enjoyable so long as it has the right enchantments. A good choice is an enchantment that boosts elemental damage by 20%, or one that boosts move speed (and therefore your damage). Your Spells can be whatever as well, however, one of them should be Buffmeister.

Speaking of, we should mention that this build can (but is not required to) use the Buffmeister bug. How the bug works is that if Buffmeister is slotted in the right slot, it will actually use the Spell Power from whatever is equipped in the left slot. This means that you can find a spell that has ~4.5k or greater power (usually a calamity-style spell) and apply that to all of your gun damage for huge numbers. This may get patched in the future, but this build will still work great without the bug abuse.