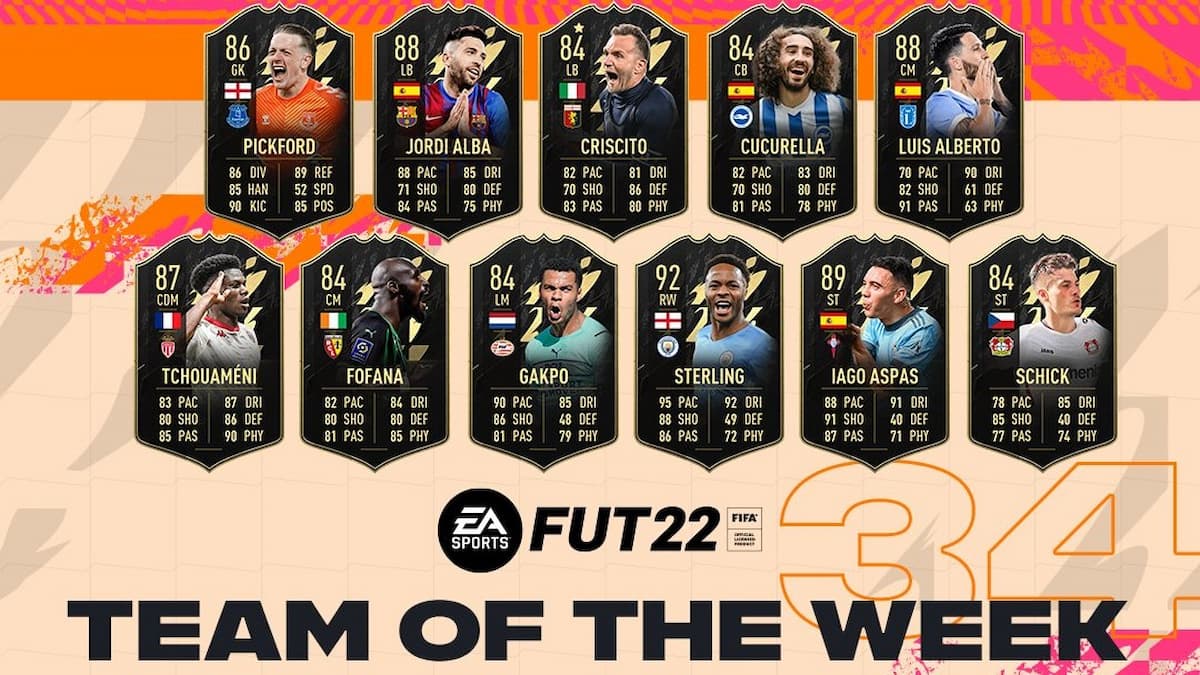 Here’s a look at the full Team of the Week for May 11:

Manchester City star Raheem Sterling is the headliner here, as the English superstar now has a 92 OVR Team of the Week card in FIFA 22. Fans of the Spanish national team should also be happy with this update, as four native Spaniards (Marc Cucurella, Jordi Alba, Luis Alberto, and Iago Aspas) are a part of the Starting XI for Week 34.

This Team of the Week will be in packs until May 18.