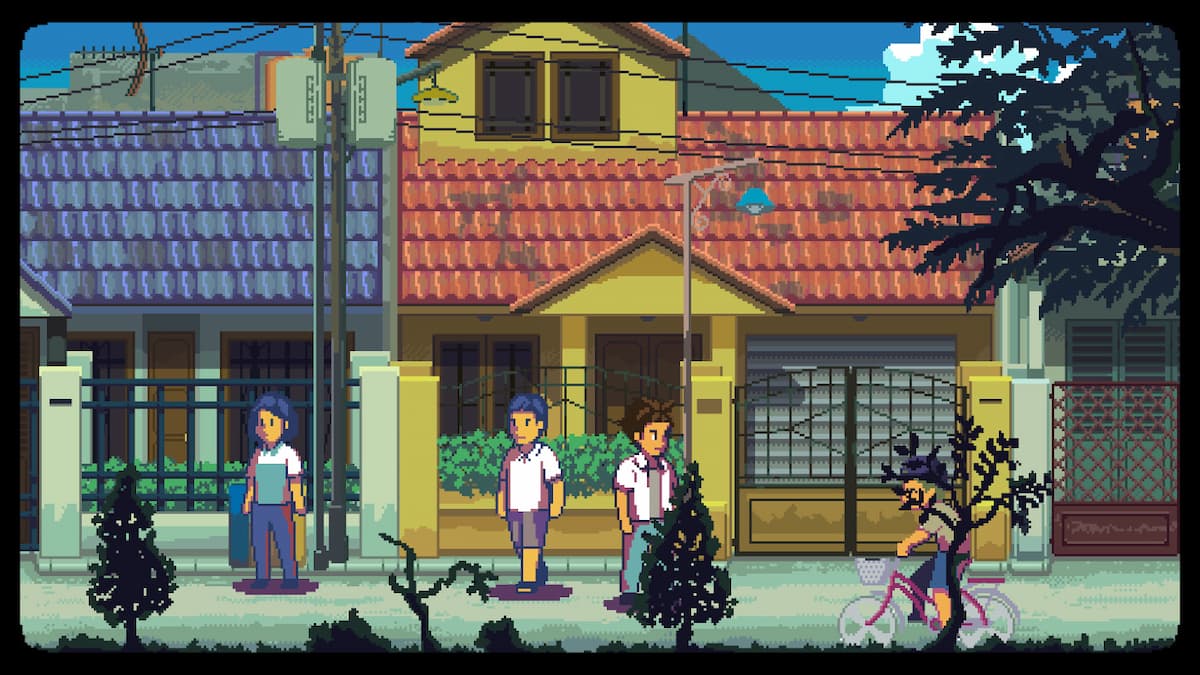 The annual LudoNarraCon once again comes with a variety of indie game demos. While the online convention only takes place from May 5 to May 9, most of the demos present at the show should be available long after. So whether you are looking for something to play on that weekend or trying to find a narrative-heavy game to satisfy your cravings, this list should serve you well.

In this gambling game, you play as the comrade of Comte de Saint-Gemain, a famous scallywag and criminal. Together, you swindle the rich and famous in 18th century France with parlor tricks, manipulative strategies, and just plain cheating. The trick is remembering how all the different scams work and to pull them off with maximum deftness and efficiency, lest you get caught in the act.

Though each scam is simplified to be handled with a controller, you must remember the particular motions and symbols of each trick, sometimes resulting in confusion and failure. You can get arrested or even killed after getting caught in a scam. The narrative comes both out of classic interactive fiction choices and out of the systemic mix of attempting constant, quiet, subtle robbery.

Mask of the Rose

A romantic visual novel with depth and style, The Mask of the Rose is set in the same world as the browser game Fallen London and the RPGs Sunless Seas and Sunless Skies. Set shortly after London fell under the surface of the earth, the game casts the player as a character of their own invention, thrown into a dense murder mystery. The character creator is lean, but evocative, borrowing from the more extensive trappings of the browser game.

The demo encompasses the opening 40 minutes of the game and it starts strong, letting you flirt with roommates and investigate local haunts. Every Fallen London game is a masterclass in setting, draping the horrific and fantastic in the mundane struggles of ordinary lives. Thus far, The Mask of the Rose is no exception. In fact, its sharpened focus gives the renewed, easygoing weight and purpose.

As indicated by the title, Morse concerns a morse code operator during WW1, tasked with relaying orders to artillery units. The play is a glorious work of video game abstraction. The battlefield is laid out in rows, designated by numbers, and columns, designated by the letters of a single word. To place your reticle in the right place, you have to tap out the appropriate number and letter in morse code. The battle rages as you tap, so the game is found in quickly absorbing information and then using that information as quickly as possible.

The interface, particularly if you don’t know morse code, is difficult to grasp. Thus, it makes simple but effective arguments about how modern warfare works. Now, with precision drone strikes, it has become easier than ever to kill from afar. But the beginnings of that kind of warfare are arguably in the world wars of a century ago. Morse walks through that terror with the haunting dot and lines of now ancient weapons.

This, to put it simply, is a Shackleton simulator. You are the first mate of a daring crew, attempting to recover a lost expedition’s research after it crashed deep in the Arctic. After disaster strikes, the survival of the crew is left largely in your hands. The decisions are both narrative and practical. Do you let a stowaway join the crew despite the additional strain on resources? Which crew members do you assign to what duties? How should we ration food or fuel?

Just as these are compelling decisions to watch other people make, it is thrilling and bracing to make them yourself. At first blush, The Pale Beyond takes cues from narrative classic 80 Days, building out a compelling, branching story out of systems of travel and survival.

A Space for the Unbound

A coming of age adventure game, A Space for the Unbound follows high school (or equivalent) student Atma as he explores his hometown in rural Indonesia. The demo concerns itself with classic adventure game puzzles, like calming down a raging dog by finding its favorite chew toy. The magic is in the details. The game’s layered 2D panoramas have both depth and character, especially as they chain together to build out a portrait of a rural town.

Walking around conjures the uneasy free time of youth. It’s both wonderful and sad, memories of a time that is long gone in places that have surely changed. Even the game’s hints at the supernatural — Atma seems to be flitting in between alternate worlds as he dreams and wakes — have a melancholic edge, haunted by past lives and forgotten friends. It’s a warm and familiar, but no less devastating, sadness.