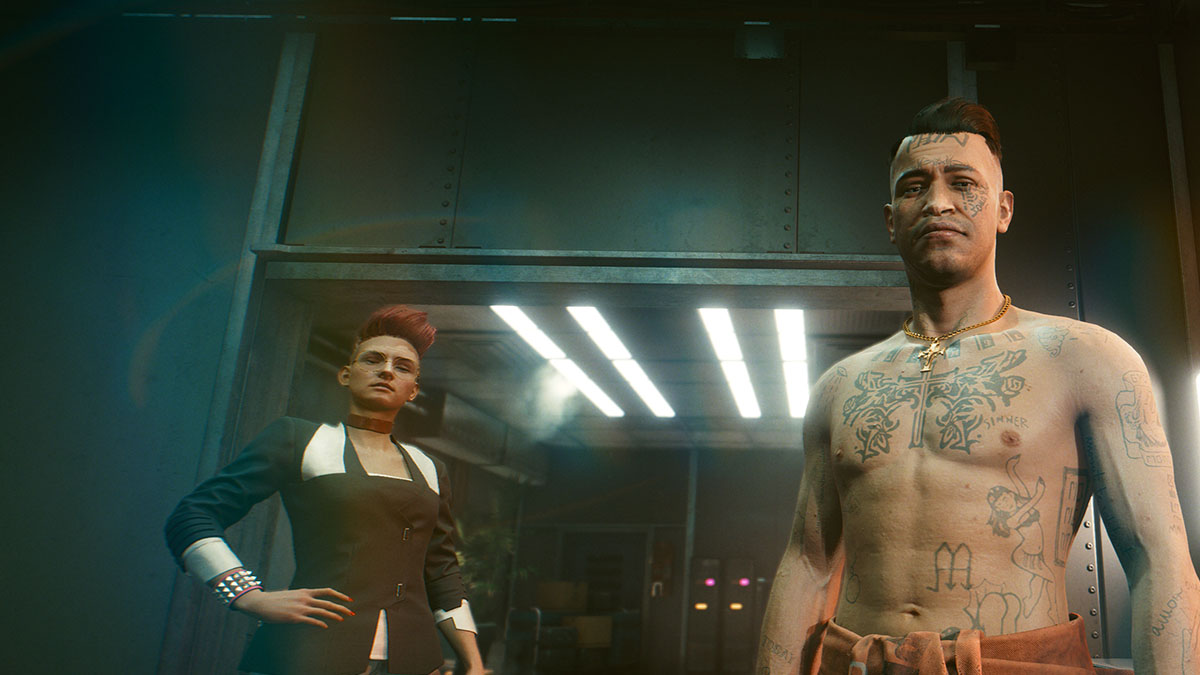 They Won’t Go When I Go is a Side Job in Cyberpunk 2077 that can come up after the Sinnerman quest. In Sinnerman, you spend some time with a convicted murdering who is trying to repent for his sins, so has the plan to get crucified in a Braindance so all the world can experience his sacrifice.

He has found a corporation willing to assist. You are initially hired to kill him, but can spend the day with him instead, learning about his motivations and have a long conversation with Johnny Silverhand afterward about the meaning of life and death.

Despite multiple conversation options, there are two key elements here, and they boil down to how you want to play V, or if you want to get the most profit from the encounter. It boils down to whether you want Joshua to feel confident in what he is about to do or to doubt himself. There is no way to stop what is going to happen.

If you tell Joshua that he is a true rebel and a revolutionary, which is how Johnny described him, he will say he hasn’t thought of it that way. He will then ask you to pray with him, and you can either pay with him or tell him you will be there while he prays. Either option is fine and allows Joshua to remain confident. If you tell him you think what he is doing is crazy, or that you don’t want to pray, those will shake his confidence.

Joshua will then ask you if you will be the one who nails him to the cross. If you don’t do it, you will not get any rewards. Joshua seems to feel like he has a connection with him, and doing this means you will be there with him when he dies, building up his confidence even more. This is a reasonably uncomfortable scene, however, so keep that in mind.

Overall, these two missions have been some of our favorites in the game so far. Despite being strange, and self-contained, they also reach into deeper themes, forcing the player to really think about things, how they see the world of Cyberpunk, and V’s place in it as a man on the edge. If you want the streets murdering gang members, then why feel squeamish about this mission? How do you really feel about Joshua, and his attempts to find retribution?