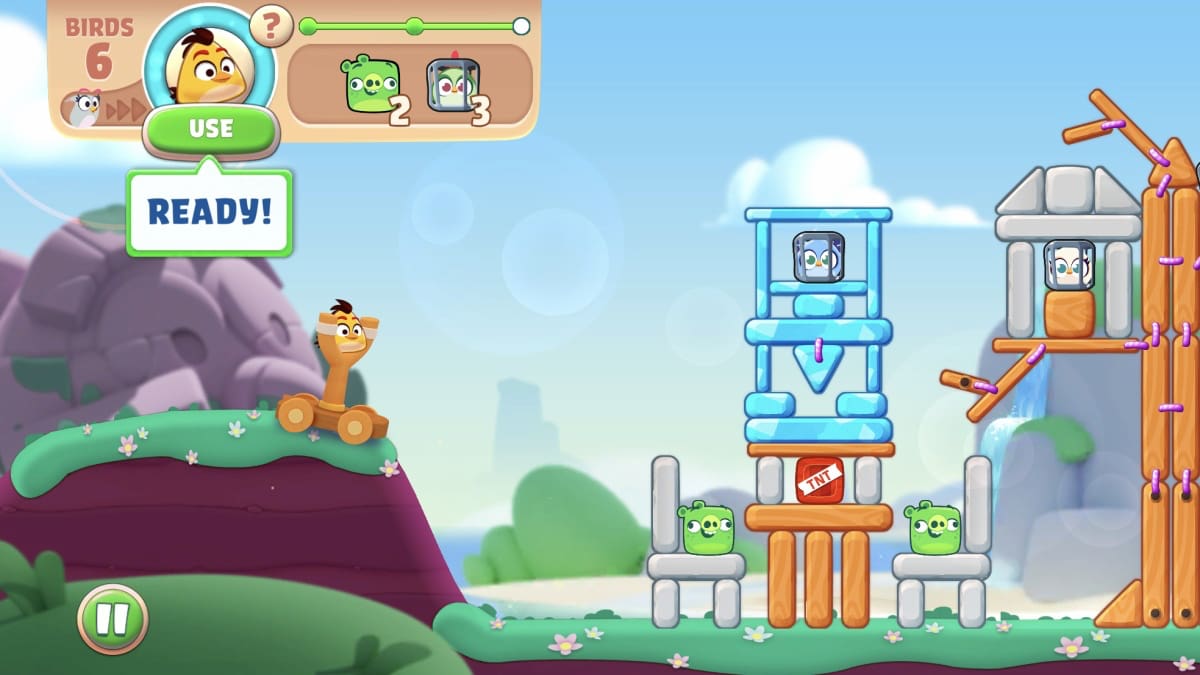 One interesting new feature that Angry Birds Journey adds to the franchise’s classic gameplay is the Anger Meter and has come to be pretty handy. As only certain birds may have been able to get you out of tight situations in past games, this mechanic can lend any of your birds the perfect final blow just in the nick of time — but you’ll have to work for it first.

After completing the first 10 levels in Angry Birds Journey, the Anger Meter will be added to the top-left corner of your screen. When playing through a level, you will notice this meter will fill up when any bricks or pigs are taken down. Once the meter is full, it can be activated at any time to give your particular bird’s move extra strength. For instance, as Chuck is known for his speed attacks, the Anger Meter will make him even quicker and allow him to sweep through entire structures with one hit.

As powerful as the mechanic is, you will only be allowed to use the Anger Meter’s ability once after filling it up. However, you can be granted multipliers that will fill the meter up even faster if you’re able to use as few of the birds as possible in each stage. On most occasions, a 10x multiplier can be earned by simply destroying a small tower, as finishing an entire stage with one bird can grant you up to a 20x multiplier.