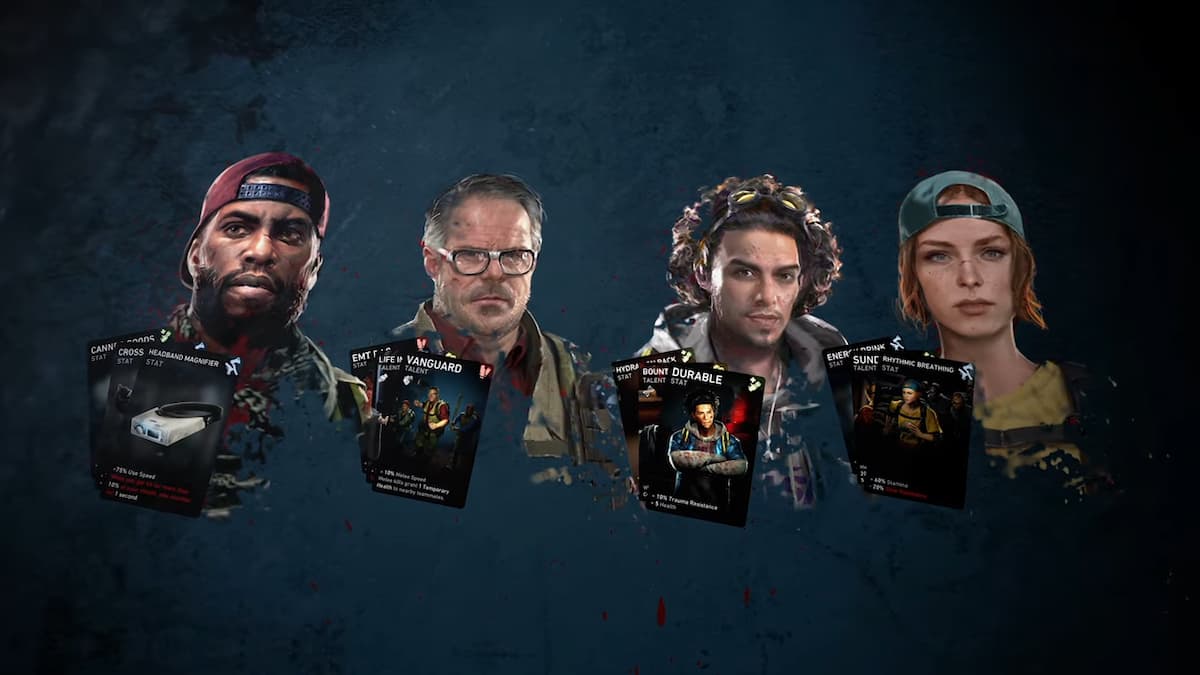 On the surface, Back 4 Blood appears to be a successor to Left 4 Dead and merely only that. That being said, Turtle Rock Studios have slipped in a brand new way to alter gameplay that will only add to the customization each player can have during a game. Called The Card System, these cards will be played by both players and the Game Director to change the typical survival experience and make it so no two gameplay sessions will be exactly alike. Here is what you need to know about The Card System in Back 4 Blood.

When a mission starts in Back 4 Blood, the Game Director will play a set of Corruption Cards. These are used to make the game more difficult for the cleaners. Examples of what effects the Corruption Cards could have on the game include making larger hordes of enemies spawn in, ammo harder to find, or generate a fog around the world, making it easier to get separated from your teammates and more challenging to save in the process.

Corruption Cards can also effect enemies by giving them more armor, making them resistant to fire damage, giving them a toxic harmful effect (even after death), and quite a bit more. Be sure to pay attention to what cards the Game Director is playing so you know what challenges lie ahead of you and what special Ridden you will come across as you play.

Every now and then when the Game Director plays a Corruption Card, it will also play a Challenge Card. If you meet the objectives of the card, you will earn a big boost in copper at the end of the level for the next one. So far, we have seen challenges include collecting blood samples and bring them to the safe room, have Cleaners not go down a certain number of times, or have a time limit put on the level.

Players will also choose and play their own cards to help themselves and their teammates out in the mission ahead. Up to eight cards can be played at a time, but you only get a choice of a limited few at the beginning of each game and add more cards as the game goes on. You will have a choice of playing pre-made decks that will focus on specific areas of the game (like being melee-focused, or a more support centric role), or you can create your own decks to choose how you want to take on the horde.

It is important to note that you will not have access to all your cards at anytime. You are only given a few choices from the deck you choose to go into the game with, so be sure you like every card you choose in a deck so you are not going in with a less-than-ideal card on your side.

In the Closed Alpha Briefing video, we were shown an early look at multiple cards, including breaking out of a grab on your own one time, getting more damage when a teammate goes down, and quite a lot more. Below are a few screenshots showing them.

How to get cards?

You can earn Player Cards at the Supply Lines section at Fort Hope. To obtain the cards from this area, you will need to spend Supply Points which will be earned from playing the game. We will update this post if more ways to acquire cards permanently are implemented when the game releases.