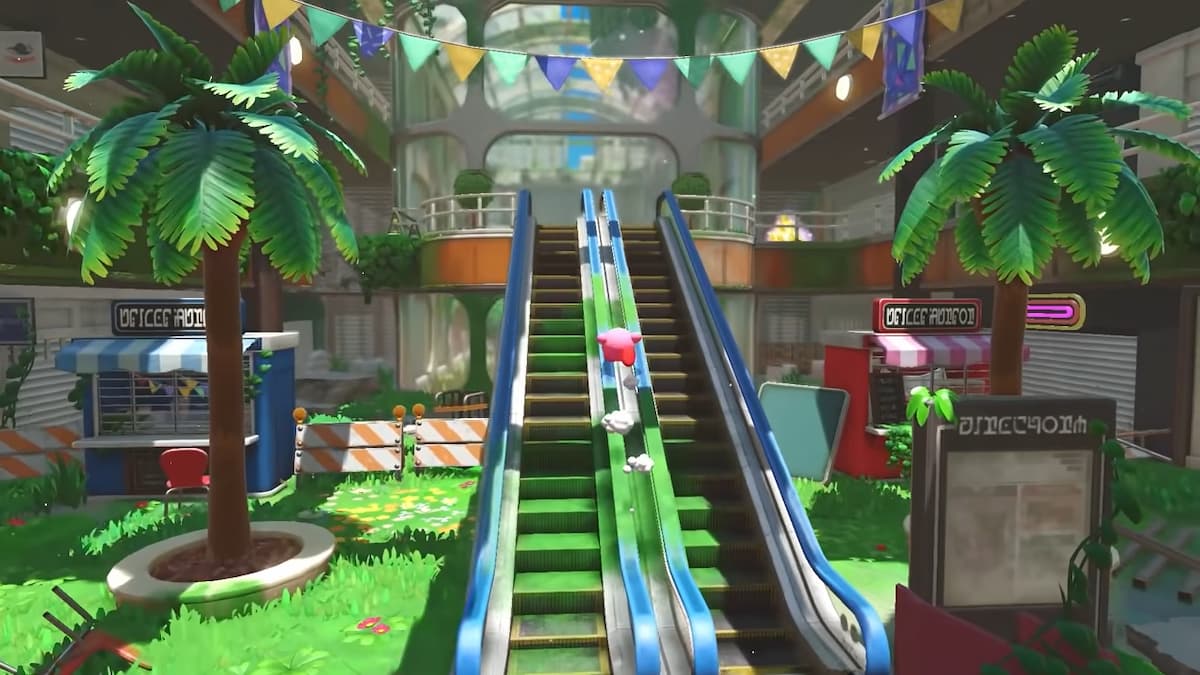 While HAL Laboratory maintains that there is no consistent long-running story with the Kirby games, the series regularly has tidbits of lore that fans latch onto. Whether it is a glimpse into the background of a new character or a story beat that leads to the events of the game, there is always something that people look for in the seams. Here are the lore implications that we found in Kirby and the Forgotten Land.

The flying chinchilla-like creature Elfilin, who plays Kirby’s companion in Forgotten Land, is actually the good half of the Ultimate Life-Form Fecto Elfilis. Fecto Forgo is the evil side. The two halves were separated from each other during a warp-related accident at Lab Discovera. That accident happened years ago, and Elfilin has been on the run ever since.

After the Waddle Dees were sucked into a rift to the Forgotten Land, Elfilis helped them build Waddle Dee Town. The mind-controlled Beast Pack attacked that town, capturing Waddle Dees and Elfilin before Kirby frees them.

Fecto Elfilis is an alien creature from outer space that arrived in the Forgotten Land and was causing problems with the local wildlife. The former scientist residents of this planet captured Fecto Elfilis and experimented on them for 30 years, leading to breakthroughs in warp technology. After that warp accident happened, Elfilin broke free, leaving behind Fecto Forgo in containment ever since.

Fecto can brainwash animals through their dreams, allowing them to send armies of the Beast Pack to capture Elfilis so that they can absorb them and become whole again. This is why people like Kirby, Meta Knight, and the Waddle Dees never come under their influence, but King Dedede and Leongar do.

Why was Planet Popstar pulled into the Forgotten Land?

Kirby and the rest of Planet Popstar were pulled into the Forgotten Land because Fecto Forgo needed a workforce to power up Lab Discovera. As of this writing, we are unsure why they required the lab to be powered. They only allude to their careful plans being ruined when Kirby arrives and saves Elfilin.

Where is the former population of the Forgotten Land?

Sometime after Fecto Elfilis split, the former residents of the Forgotten Land left the planet and created a new civilization in “a land of dreams” using the warp technology from their experiments. It is unknown why they chose to leave, but they left behind Fecto Forgo and all animal life. This seems to be a pretty on-the-nose hint that Dream Land, a region on Planet Popstar where Kirby and every other main character is from, is the home of the Forgotten Land’s former population’s descendants.

What parts of Dream Land can hint that they are descendants of the Forgotten Land?

Because Fecto Forgo can affect beings through their dreams, it can be inferred that the Star Rod and the Fountain of Dreams are results made from the experimentation on the creature, although altered to give people good dreams instead of brainwashing them. We can also guess that Star Dream from Kirby: Planet Robobot and Galactic Nova from Kirby Super Star, devices with warp technology and the power to grant wishes through dreams, were additional results of the experiments.

What is up with Morpho Knight?

While Morpho Knight appeared in Kirby Star Allies, that was actually a non-canon showing. With that being said, their appearance at the very end of the post-game in Forgotten Land tells us that they are canonically a butterfly entity that feeds on powerful souls in dream realms, which is why it absorbs Soul Forgo, taking form into Morpho Knight. After Kirby separates them, Forgo takes some of Morpho’s powers to transform into Chaos Elfilis.