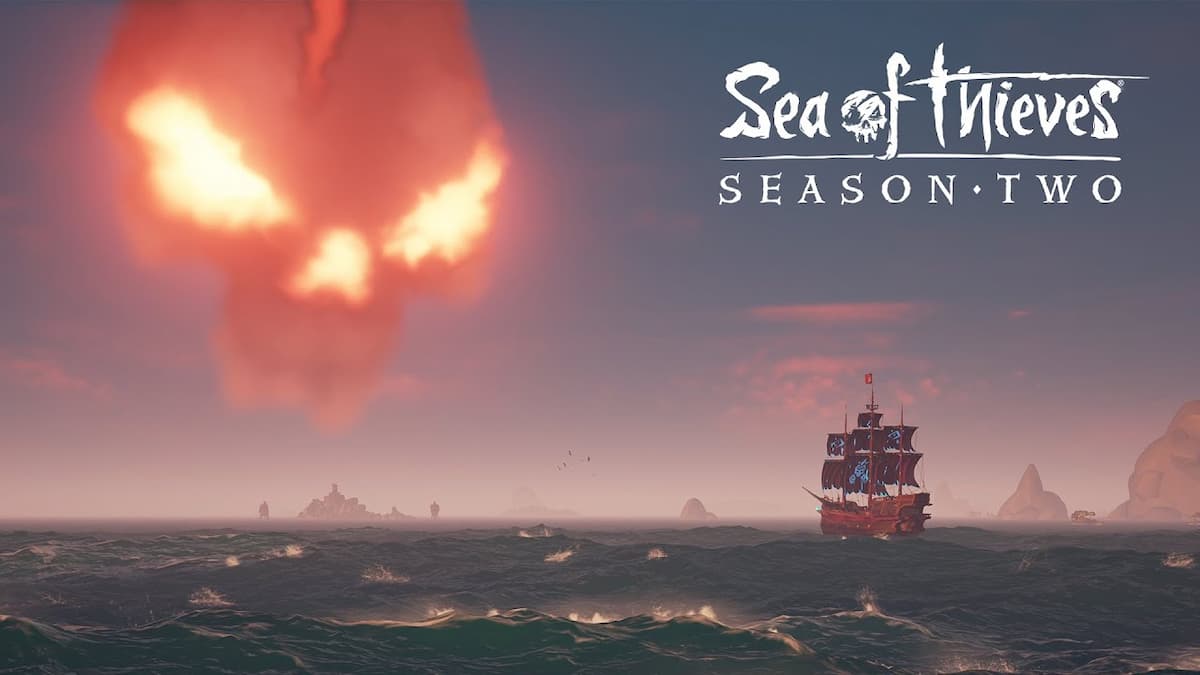 Despite launching all the way back in 2018, the seasonal structure was a fairly new addition to Sea of Thieves. Season One began in January, bringing a “Plunder Pass,” new cosmetics, trials, events, and a new Voyage type. Developer Rare has stated that seasons will last about three months, so it has been a safe assumption that a second season would begin sometime in April.

And those assumptions turned out to be correct, with Season Two getting an official announcement through a brief trailer. Sea of Thieves Season Two will begin on April 15, shortly after Season One ends.

What content will come in Sea of Thieves Season Two?

Until Rare puts out a proper blog post or something of the sort, the details of Season Two are quite vague at the moment. The less than 40-second trailer showcased some new crimson red cosmetics for both pirate characters and ships, a far cry from the light blue Frostbite cosmetic set that defined Season One.

Most notable was a giant menacing red skull in the sky, indicating a new Skeleton Fort encounter type or perhaps some sort of limited event, similar to the Vault Raiders event from Season One. And on the fun side of things, the end of the trailer showcased what appears to be a new emote that allows players to hide inside barrels, which will absolutely result in some player-versus-player bamboozling.