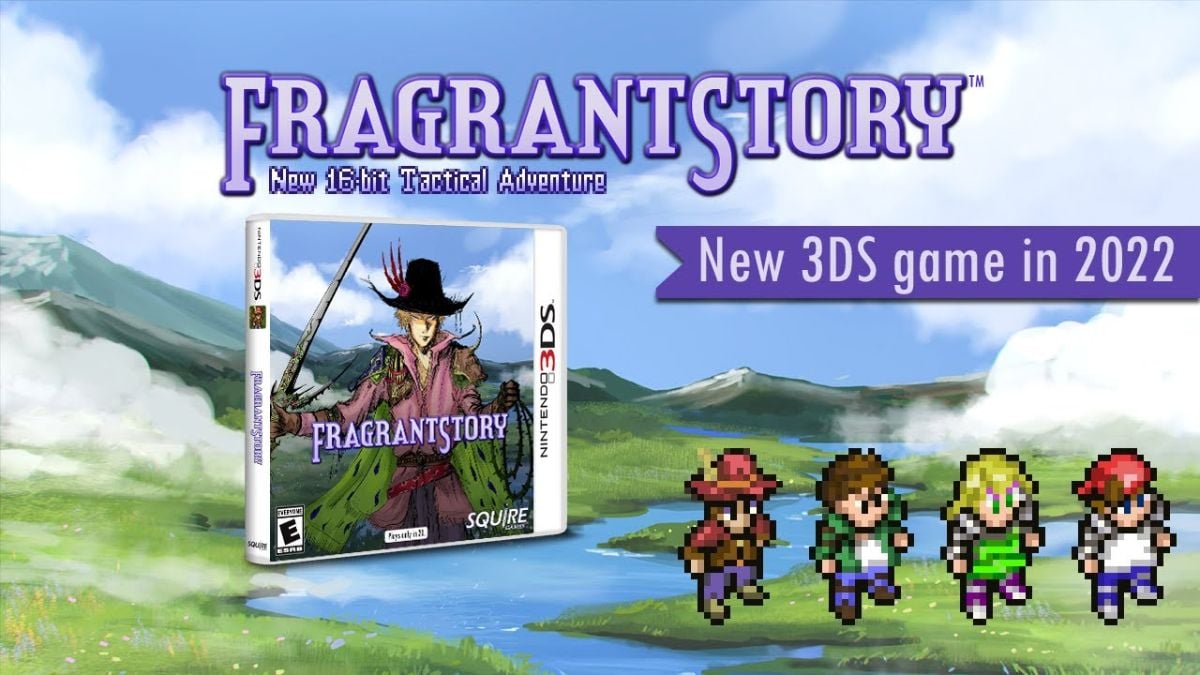 Fragrant Story is an upcoming strategy roleplaying game that’s releasing on the 3DS (yes in 2022) from William Kage and his studio Squire Games. The game was announced on Kage’s YouTube channel and is set to release on April 21.

Fragrant Story will indeed have a physical release when it launches next month, but it will be in limited supply and only available on the game’s official website. There are three different physical versions available. The standard version sells for $35 and that includes the game as well as the CD and digital download code for the soundtrack. The collector’s edition includes the game, soundtrack, keychain, tarot cards, stat pins, poster, air freshener, and art book selling for $70. Lastly is the signed collector’s edition which is the exact same as the normal collector’s edition except it is signed by the director William Kage and sells for $120.

Fragrant Story will also be available to download on the Nintendo eShop (while you can) for a mere $4. There is no knowledge as to whether or not the price was decided based on the length of the game or because the eShop is closing soon and Kage wanted as many people to be able to purchase it as possible. Kage and his team at Squire Games are looking at releasing other 3DS games in the incoming future as well including a Chrono Trigger inspired game called Cosmo Break and SixEngine which is inspired by Final Fantasy VI.