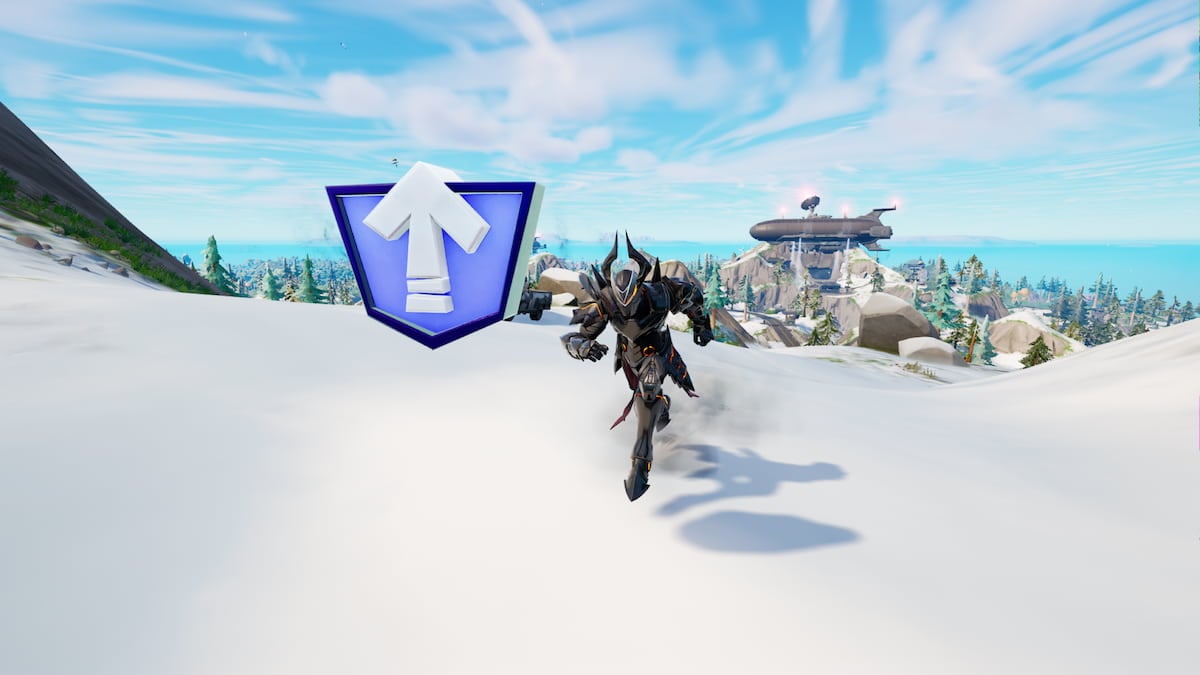 For better or worse, the Level Up Token challenges are back in Fortnite Chapter 3, and this time, Season 2 now has players chasing after Omega Knight’s unlockable cosmetics. The first of seven Level Up Tokens in Week 1 will have you traveling northwest of Logjam Lumberyard, but not much else is said of its location. Here’s where you can run into this Level Up Token.

Despite its description, the Level Up Token isn’t actually near Logjam Lumberyard. Instead, the item sits near the Seven Outpost located in the top-left corner of the map, atop the large snowy mountain. Once you’re inside the outpost, head south and follow the trail that leads down the bottom of the mountain. The token should then be found floating at the center of this trail.

Similar to Monarch’s quest last season, these tokens can do more than instantly boost your level in the Battle Pass. For Week 1, players should look to collect all seven in order to unlock the Knight’s Torment Back Bling. But, the goods don’t stop there. Omega Knight’s bundle offers three more weeks of challenges ahead, all featuring more Level Up Tokens and cosmetics. This includes the Knight’s Torment Pickaxe, as well as golden “Aurum Eques” styles for Omega Knight’s skin, Back Bling, and even his Pickaxe.