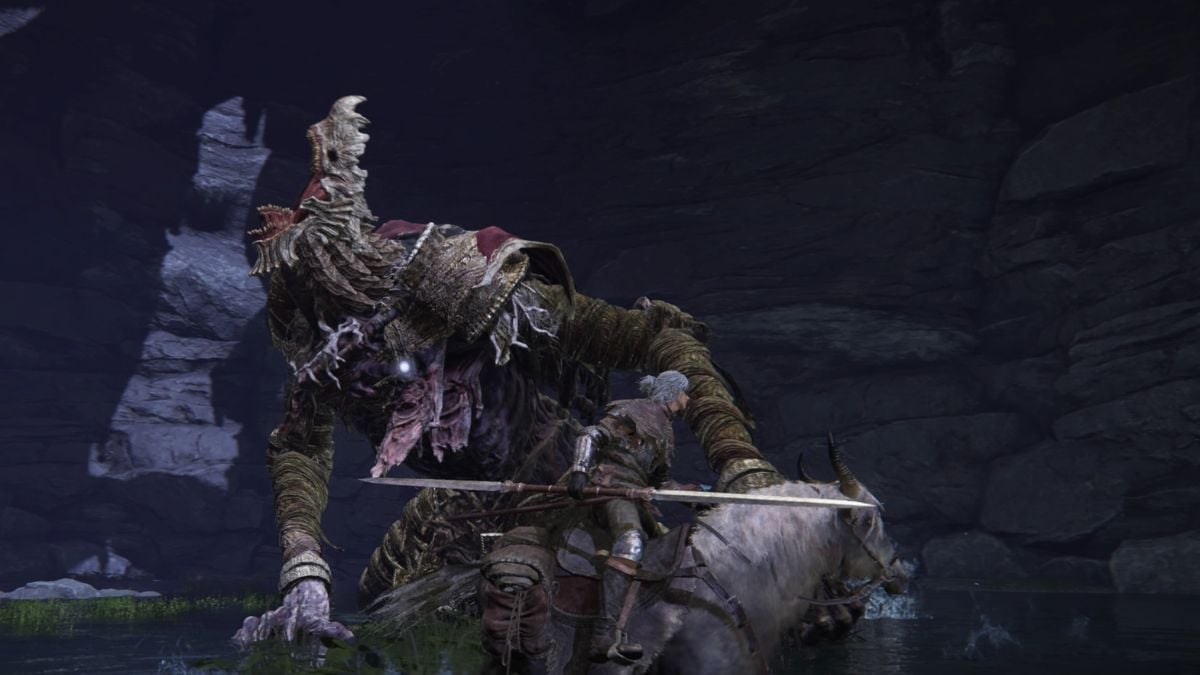 The Lands Between offers many enemies to test your skills. Some are small, some are large, and some are the size of behemoths and are ready to squash you like a bug. Among these massive field bosses are the Dragonkin Soldiers. These mighty enemies attack with large swings, earth-shaking slams, and sometimes even lightning that is so cold it gives you frostbite. These enemies are definitely among the fiercest you can come up against. Here is where you can find all of the Dragonkin Soldier bosses in Elden Ring.

Your first experience underground might be cut short when you find the Dragonkin Soldier resting peacefully by the waterfall. Siofra River is the area just under the Mistwood. You can find the elevator to take you down at the Siofra River Well location. After getting down to Siofra River, progress through the area until it opens up into a large lake. Locate the fallen pillar on the eastern side of the area. Run up the pillar and use the warping stone at the top to get teleported near where the Dragonkin Soldier is. For defeating this boss, you will get the Dragon Halberd.

After a long time in the world, you will find your way through the various underground areas and come across the Lake of Rot. This underground section is connected to the Eternal City of Nokstella. To survive around here, you will need plenty of Scarlet Rot protection because the area is filled with it. Use the obelisk switches to traverse the lake in a safer way and you will find a Dragonkin Soldier in the center of it all. Use the platforms to dodge the attacks and avoid getting poisoned. Defeat this boss and you will get the Dragonscale Blade.