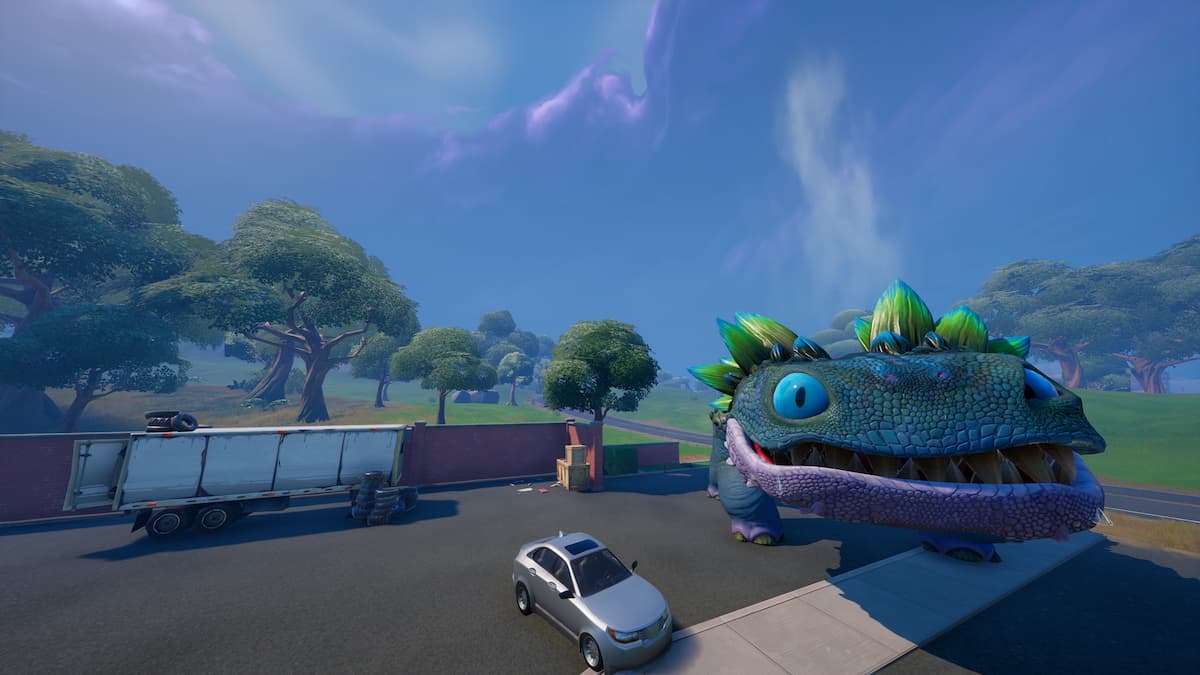 Dinosaurs have arrived in Fortnite Chapter 3 Season 1. After being teased earlier in the season, they can now be found wandering around the map. Dinosaurs were first visible in the trailer for Chapter 3, but the season started without them on the map.

The reason for this is that they were asleep beneath the snow that covered much of the map. Now that the snow has been receding, uncovering places like Titled Towers, the Dinosaurs have been uncovered.

The creatures were originally found beneath the snow near Shifty Shafts and the Red Steel Bridge, Pinnackle Peak, and near Tilted Towers. Now, they can be found wandering randomly around the map, reasonably close to those original locations. It does appear to be pretty random about where they will actually spawn, however, they do have general map locations where they tend to appear.

Based on our time in the game, it would appear that one will spawn pretty regularly to the west of Chonker’s Speedway, so this area is worth exploring if you really want to find one. Another good spot is just around the Tilted Towers area.

The dinosaurs appear to be practically immortal, taking just one point of damage if they are hit with any weapon. They also stomp around, destroying buildings, and suck up loot into their large mouths. After a while they will shoot a piece of loot they have picked up out of a blowhole in the top of their head, which is pretty unusual behavior, it has to be said.

You can also climb on the Klombo’s back and walk over the blow hole, causing it to shoot you up into the air. You can then float or glide back to earth.