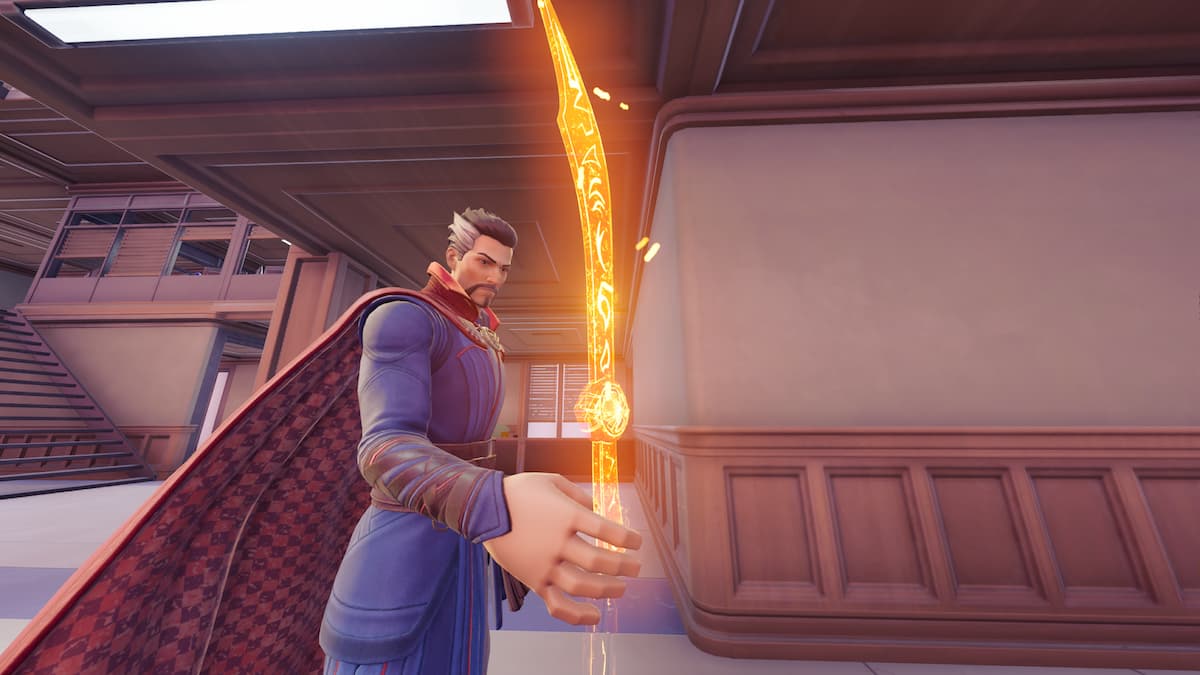 Although the Doctor Strange skin has been available in the Battle Pass for weeks, the Marvel character has just now made his way to Fortnite Chapter 3 Season 2’s map. This means players can now talk to the character, purchase one of his items, or even take him on in a fight. That said, the superhero is seemingly hiding in of the game’s biggest locations.

Those hunting Doctor Strange can discover the character within The Daily Bugle point of interest. He is almost always seen walking around the first floor of the largest building, set on the left side of the location. The character offers three items for sale, those being the Exotic Storm Scout sniper for 500 Gold, two Shockwave Grenades for 36 Gold, and a Rift for 250 Gold.

If you’re like us, you may be curious as to what he drops if he is attacked and defeated. Well, it’s certainly not much, as downing Strange only rewards one Common Auto Shotgun, one Common Ranger Assault Rifle, and a batch of AR ammo. Those looking to complete the Character Collection for the season will need to at least speak to Strange once, with him now being listed as NPC 20 in the menu.