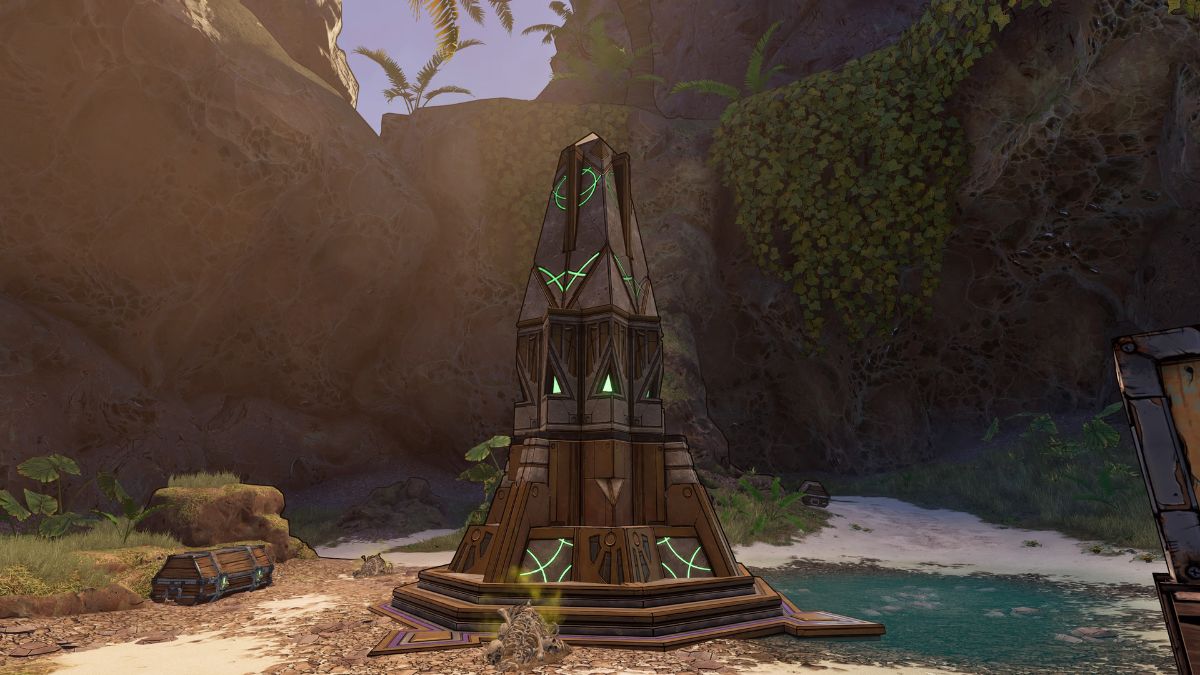 Ancient Obelisks are just one of the many types of collectibles you can find scattered about the Wonderlands. These collectibles are challenges that get you loot if you manage to complete them. Each one will require you to survive against waves of enemies until a miniboss enemy appears. Once the miniboss appears, take it out to get your reward. Here is where you can find the Ancient Obelisk in Crackmast Cove in Tiny Tina’s Wonderlands.

For starters, you won’t be able to reach Crackmast Cove until you have completed the Ballad of Bones main quest. This quest will take you through Wargtooth Shallows helping Bones Three-Wood recover his lost crew. After you complete the quest, you will be able to explore the deeper part of the Nocean. After exiting Wargtooth Shallows, turn left and go up the hill to reach Crackmast Cove.

After entering Crackmast Cove, follow the small path forward until it opens up into a larger area where you can freely roam. Go to the right and stick to the right as you go into a cave that will be filled with crabs. Inside the cave is a waterfall with a pathway behind it. Follow the path behind the waterfall to find the Ancient Obelisk. This obelisk will make you face off against skeleton pirates. The boss of this obelisk is one of the serpent people, Lissia Iron-Wrought. After defeating Lissia, the challenge will be complete.