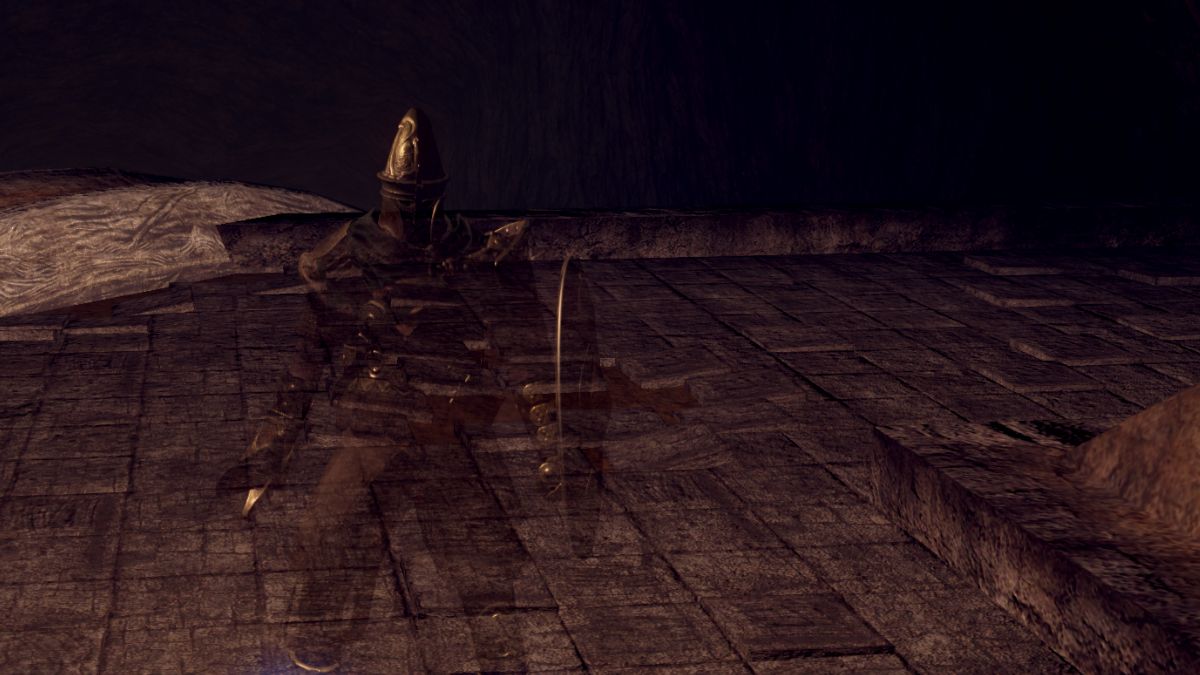 Hidden Presence is a spell that many Dark Souls veterans will recognize immediately. This spell hides you from enemies so you can reach different areas without worrying about combat. It can also be used to easily sneak up on opponents and get a backstab in. This spell works the same way in the Nightfall mod but with a slight change. Here is where you can find the Hidden Presence spell in the Dark Souls: Nightfall Demo.

From where you begin the demo, make your way up the stairs to where the Blistering Demon boss fight arena is. You will need to fight a few smaller enemies on your way, but they are easy enough to take out. Once you are in front of the boss’s arena door, turn around to find another staircase that leads up to the top of the boss arena. Anyone who has played the original Dark Souls will remember this staircase well.

When you reach the top of the stairs, walk out onto the platform above the boss arena. You will fight two more enemies here. On the right side of the platform is where you will find the spell. Instead of needing to attune the spell, you can use it from your inventory. It has the same effect as the original Dark Souls game, but it is one-time use, so use it wisely.