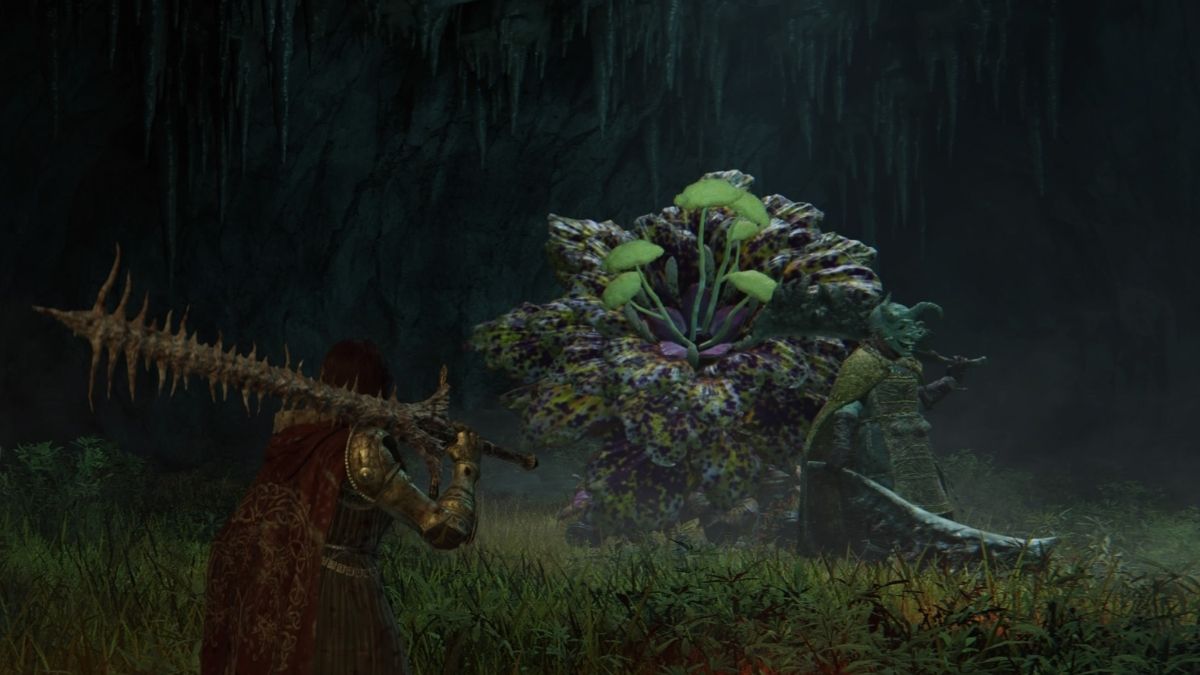 You’ve most likely come across the large Miranda Flower enemies while traversing the Lands Between. At the very least, you will have seen the smaller variant of them that spray poison whenever you walk by. These enemies aren’t so tough when they are small, but the larger ones can hit pretty hard if you aren’t paying attention. There are two Miranda Flower bosses in Elden Ring. Here is where they are located and how you can beat them.

Below Limgrave, you will find the Weeping Peninsula. This area is usually the second region that you will go to after you have completed Limgrave since it is filled with enemies that are close to the same strength as those in Limgrave. When you reach this area, head to the western side of the region, southeast of the Fourth Church of Marika, and you will find the Tombsward Cave. The boss of this area is Miranda the Blighted Bloom. When defeated, it will drop the Viridian Amber Medallion.

The other Miranda Flower boss has a deadly Omenkiller fighting alongside it. This duo can be found at the end of the Perfumer’s Grotto dungeon in Altus Plateau. This dungeon is located on the left side of the large gateway leading to the inside of the outer wall of the capital city. Follow the path on the left side and enter the cave behind the Miranda Flower. This pair of bosses will drop the Great Omenkiller Cleaver when defeated. This is one of two Omenkiller Cleavers you can get in the game.

How to defeat the Miranda Flower bosses

The Miranda Flower bosses don’t pose much of a threat to a seasoned warrior. The main weapon at their disposal is poison. They will often spray poison around the arena that you will need to avoid or risk getting poisoned. If you get in close and stay there, the Mirando Flowers will usually perform a slam to get you to back off. Their final attack is a cascade of white beams that come down from the sky around you. This has a specific AOE that you can easily walk out of before the attack goes off. The Omenkiller will follow you around the battlefield and perform various swings with his axes or perform slam attacks that are easy to dodge.

The key to defeating the Miranda Flowers is to get in close, attack a few times, and then back off. Keep moving to prevent yourself from getting caught in the cascade of beams that they summon or the poison mist. In the case of the duo fight, take out the Omenkiller first. His attacks are easy to dodge and he will quickly lose focus on you if you summon a spirit to help you. To stun the Miranda Flowers, use fire. This will ignite the flower for a short period of time and prevent it from attacking, allowing you to get in some attacks without worrying about retaliation.