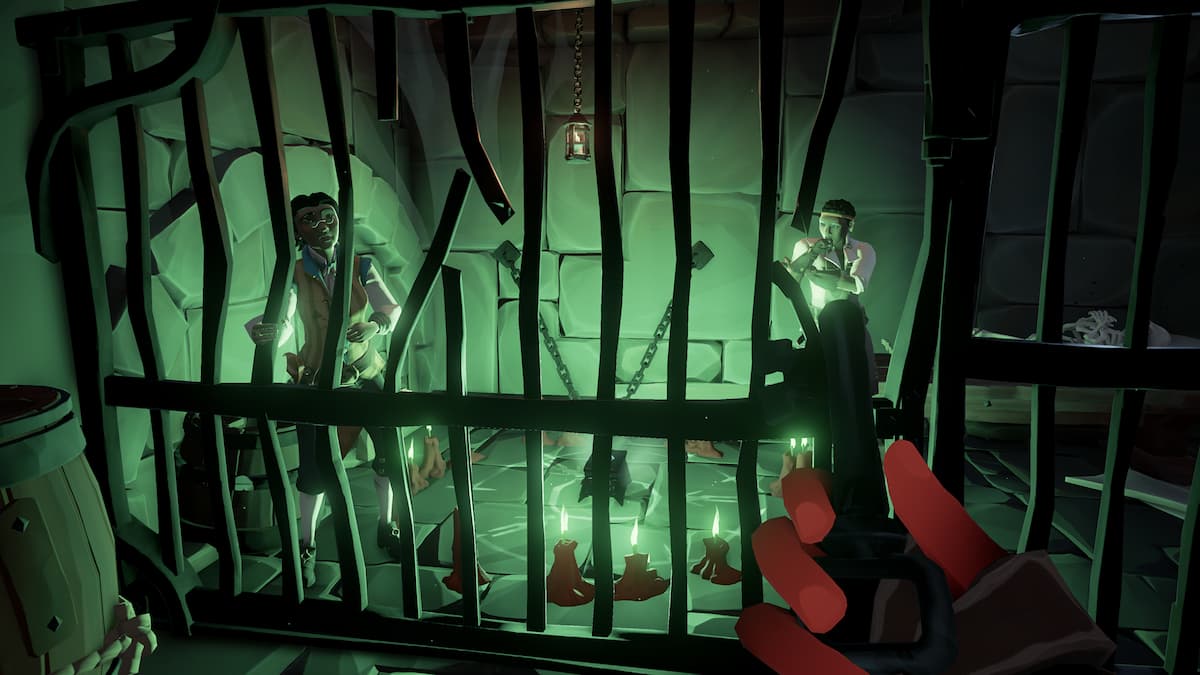 After clearing a Sea Fort in Sea of Thieves, there will be some trinkets to discover around the fortress. There are doors to unlock and treasure to be claimed, with the Captain of the Fortress dropping a Treasury Key, and a Store Room Key spawning at random for each session.

However, players were initially baffled by one door that couldn’t be unlocked — to the right of the Treasury is a jail cell, with a prompt indicating that one needs a Prison Cell Key to unlock it. As of the launch of the Forts of the Forgotten Adventure, there is a clear solution that involves defeating a Phantom Jailor enemy.

It will teleport away after you attack it, and it has a unique lunge attack that will do quite a bit of damage. Chances are (at least on a solo run), you should have whittled down its health by the time you are also fighting the final wave of Phantoms and their Captain. Upon defeat, the Phantom Jailor will drop the Prison Cell Key, and you can free the prisoners, who you will recognize from the Golden Sands Outpost. On the floor is an Enchantment Vessel that you can deliver to Belle.

Players can do this even outside of the Forts of the Forgotten Adventure, which ends on April 7. This guide will update once the event ends.