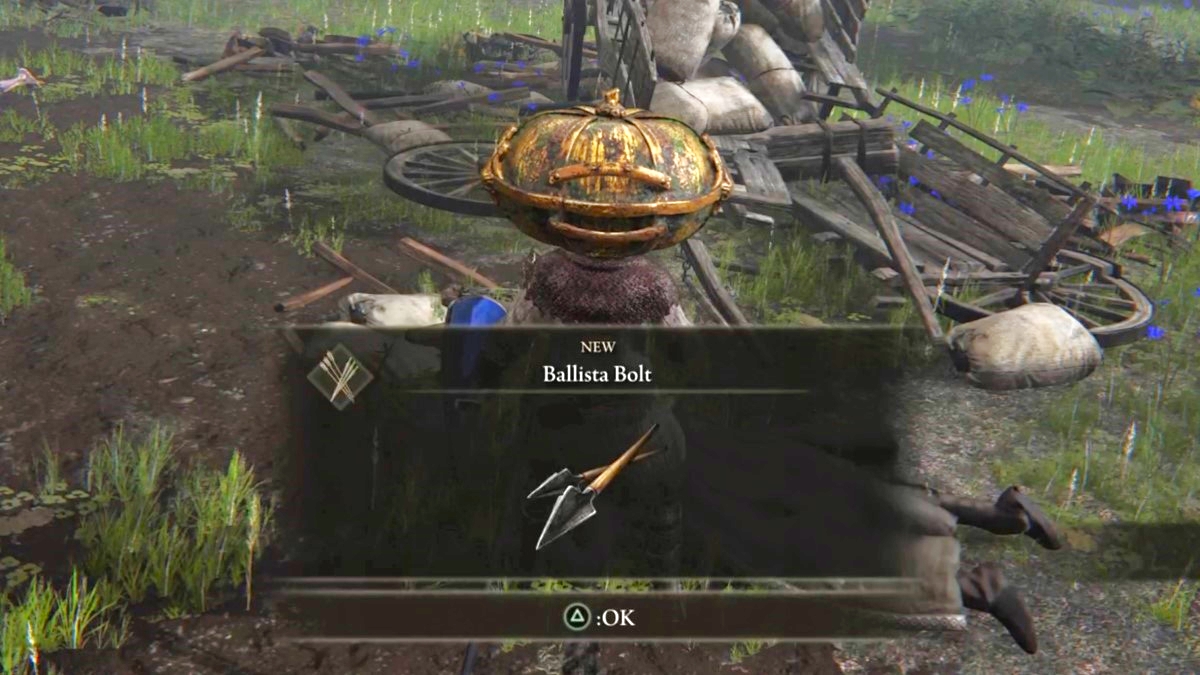 The Hand Ballista and Jar Cannon are both powerful, if slow, ranged weapons in Elden Ring. And if you find one or both of them, then you’ll want to make sure you have a good supply of ammunition. But Ballista Bolts aren’t so easy to find, especially early in the game. You might occasionally find a few lying around — for example, there are five on a corpse by the road leading northwest from the Liurnia Lake Shore Site of Grace — but if you want large quantities of Ballista Bolts, you’re better off either buying them, or else crafting the less effective Bone Ballista Bolts.

Where to buy Ballista Bolts

How to craft Bone Ballista Bolts

To craft the inferior, but cheaper, Bone Ballista Bolts, you’ll first need the recipe from Nomadic Warrior’s Cookbook [13], which can be bought from the Nomadic Merchant north of Bellum Church in Liurnia of the Lakes. You’ll then need one Hefty Beast Bone for every five Bone Ballista Bolts you want to craft. Hefty Beast Bones are dropped by larger animals such as bears and boars.