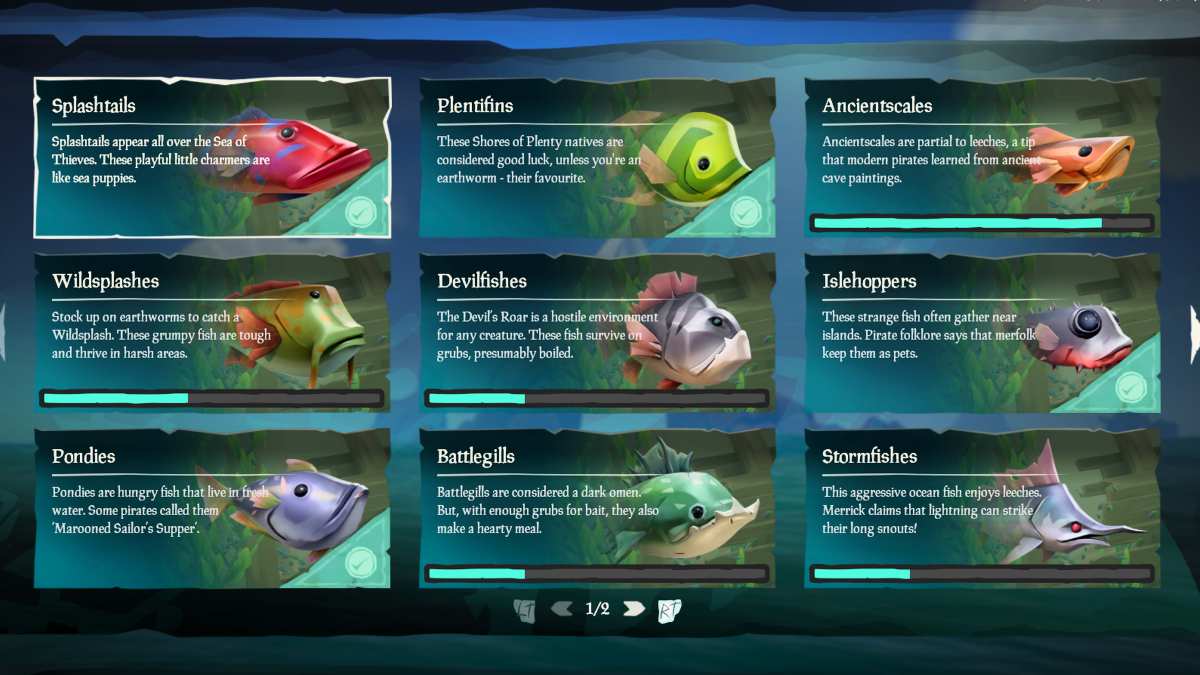 Selling fish in Sea of Thieves can be confusing if you don’t know where to go. While most items in Sea of Thieves can be sold to the regular trading companies at larger Outposts, fish can only be sold to non-player characters (NPCs) who represent The Hunter’s Call trading company. These characters are located at smaller Seaposts sprinkled throughout the map. Aside from fish, you can also sell Treacherous Plunder, Meat, Mermaid Gems, and Breath of the Sea to The Hunter’s Call. Each will give you varying amounts of Gold and increase your Reputation with the company.

Once you’re ready to sell your haul, climb aboard your ship and set sail for a Seapost. There are eight Seaposts in total — two in each of the four main Regions — and each one has a unique NPC whom you can sell to. All are relatives of the founder of The Hunter’s Call, “Merry” Merrick.

Related: How to perfectly cook fish, shark, Kraken and Megalodon meat in Sea of Thieves

How to Sell Fish

You’ll know you’ve arrived at a Seapost if you see a small rock formation with C-shaped dock next to it. Two NPCs should be on the dock, one toward the rock under an awning, the other at the far end of the dock toward the sea. Climb onto the dock and go to the NPC at the far end.

Now you’ll need to equip a fish in order to sell it. If you’re on controller, press the Menu button to open your Resources page. Hover over any fish in your inventory and press A. You should now be holding it in your hand. Walk over to the NPC with a noticeable fish flag behind them, and you should see a prompt to Deliver your fish. Press X on controller, and the fish is sold.

Don’t worry — you don’t need to keep going into your Resources page to equip each fish to sell. Simply tap X repeatedly until the Delivery prompt disappears to sell all the fish in your inventory. Unfortunately, you can only hold a maximum of five fish at once. If you have more, you’ll have to travel back and forth from the dock to your ship’s Food Barrels to deliver all of your fish, or you can stash them all in a Storage Crate to quickly sell in bulk.