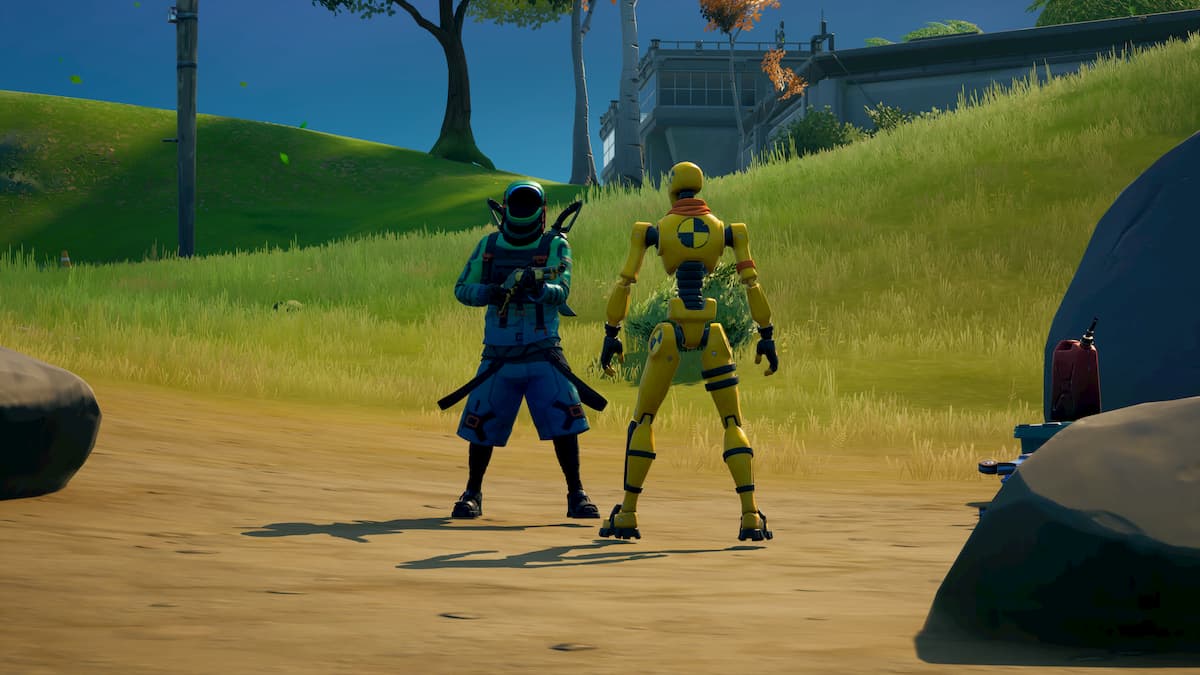 The second Jungle Hunter Quest in Fortnite, for the Predator skin, is to talk with Beef Boss, Remedy, and Dummy. They will all have some information about a mysterious creature that has interfered with their day.

Normally these characters can appear in multiple places, but it would seem that while this quest is active for you, they will have some fixed spawns.

All the characters can be found quite close together, thankfully, and it shouldn’t take you more than a couple of minutes to wrap this up.

Head to the north of the map, to the Stealthy Stronghold POI where the Predator’s ship is located. To the east of it and almost directly north of Pleasant Park, you will find Dummy standing around near some rocks. Interact with him to hear what he has to say.

Now, head north a little bit to the Durr Burger Van and you will find Beef Boss wandering around that area. Once again, you need to interact with him for this part of the challenge to tick over.

Finally, head east to the lone house on top of the hill in the distance. This is where Remedy can be found, and interact with her to wrap up this part of the quest.

The final part of the quest is to gather up three medkits, which can be done just by playing the game. The next stages in the quest, where we will be able to unlock the skin itself, when arrive in the game next week.