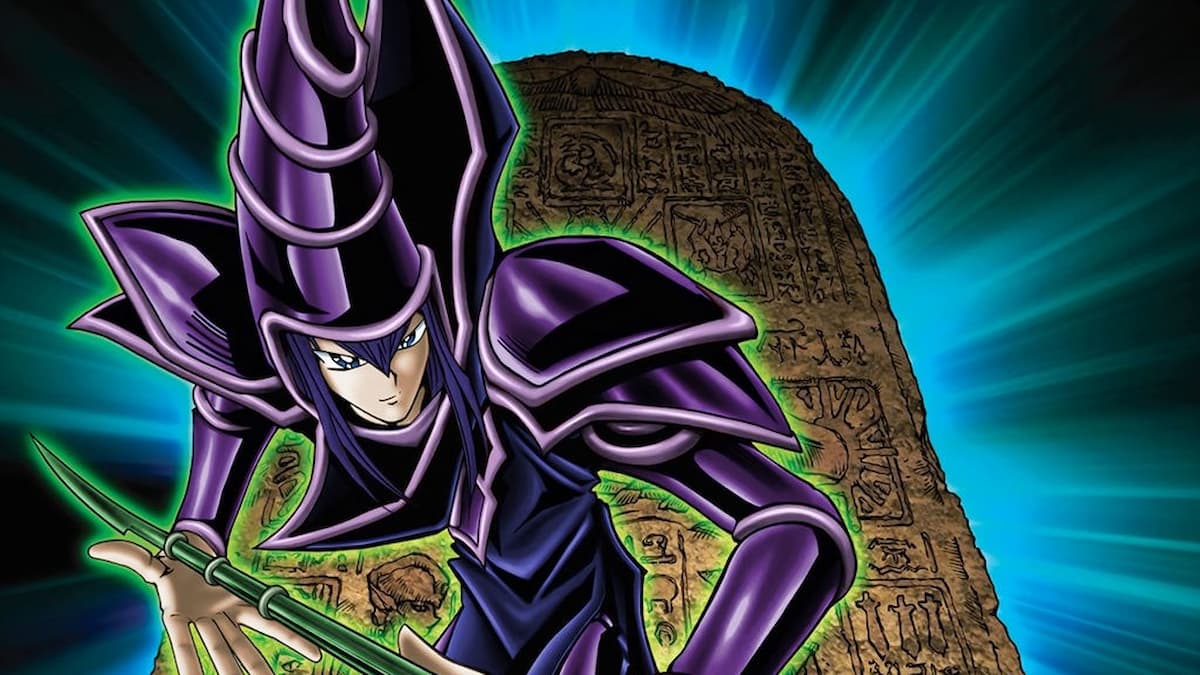 In the original Yu-Gi-Oh! Duel Monsters series, Yami Yugi routinely called upon his ace card, Dark Magician, to bail him out of jams. Fast forward to today, and Dark Magician has gotten quite a bit of support in the Yu-Gi-Oh! TCG. Dark Magician has a slew of archetype-centric cards that can help get the most of the ultimate spellcaster. While some of the Dark Magician cards have not made it to Yu-Gi-Oh! Master Duel, many have.

So, what should a Dark Magician deck look like in Master Duel? Let’s go over how we would construct a deck in the game, using Yugi’s ace monster.

Let’s start off with the Main Deck Monsters:

Besides the aforementioned Dark Magician, this deck relies quite a bit on handtraps, and support Monsters that can work towards the deck’s main goal: getting Dark Magician on the field. In virtually every scenario, you’ll want to start out with either a Rod or Souls, as well as a Soul Servant (which we’ll get to) Quick-Play Spell.

If you can do just that, you’re off to a good start. Then, just use Souls’ effect to get Dark Magician out, if applicable.

Now for the Spells:

The Spells for this deck are pretty important, as these cards help get Dark Magician either into the hand, or in the GY. From there, it shouldn’t be too tough to get it out on the field. Plus, others like Lightning Storm and Called by the Grave are general protection cards. And, Secret Village offers a wide array of protection, thanks to its Spell Card negation.

Ideally, Soul Servant should be in the starting hand. Obviously, this can’t be influenced, but it can be added via Magician’s Rod. If you have Dark Magician Circle, activate it, and then chain it to Dark Magical Circle to get the desired card, whether it be Souls, Rod, or Dark Magician, to hand.

Other Spells that can be used in this deck include:

In order to stay competitive with other meta decks, Dark Magicians do need a few traps. Here’s a look at which Traps work best:

Additionally, Solemn Judgement and Solemn Strike are two other Traps that can work with this deck. If you don’t plan on running Dogmatika Punishment or another card listed above, it might be for the best to run at least two Solemn Judgements. If Eternal Soul does get popped while a Dark Magician is on the field, it will take DM out as well. So, protection might be the route to go, should you find it getting destroyed quite often.

And now on to the Extra Deck:

Dark Magician decks can do a good amount of damage in Ranked play. It might not be considered a meta deck and have the same firepower as Drytrons, Eldlich, or even Tier 2 decks like Dinosaurs and Prank -Kids. But with the right user, it can get wins thanks to the various negates it can run. And if the TCG is any indication, more support for Dark Magicians should be on the way in Master Duel.