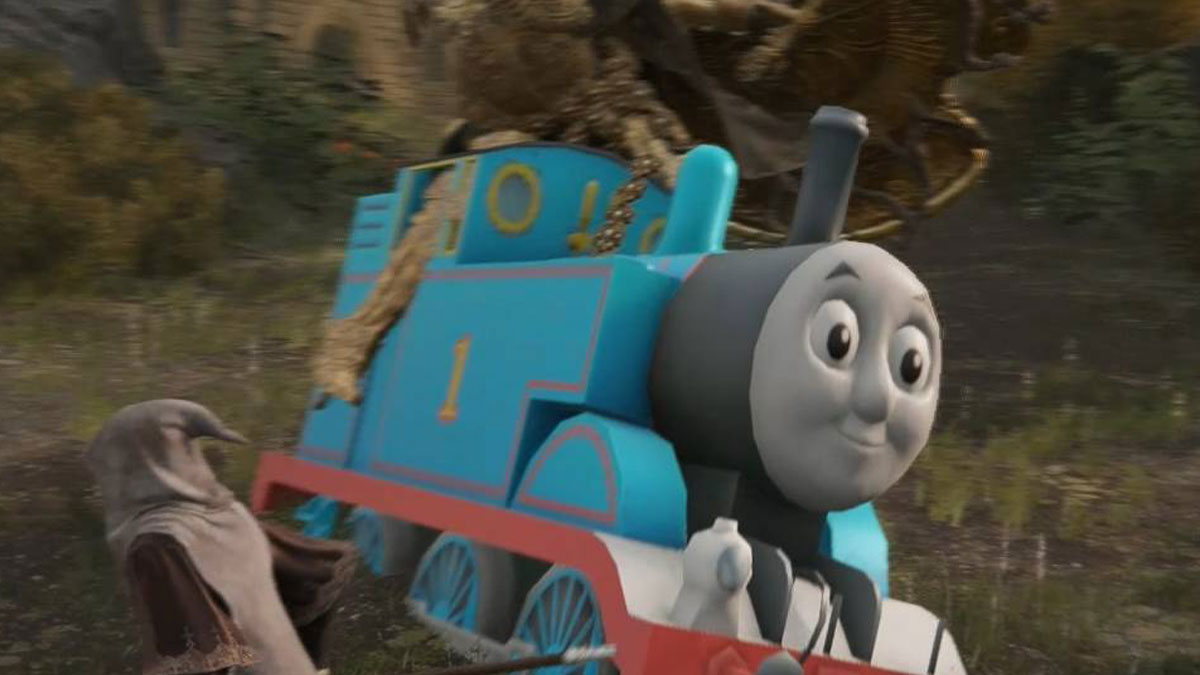 This was inevitable. Thomas the Tank Engine has appeared in many a game as a silly mod, replacing Skyrim’s dragons, Resident Evil’s Mr. X, and many more. Now, the rails have led him to The Lands Between, where he appears in an early boss fight.

Tree Sentinel Thomas Mod is the latest from modder skymoon, who offers their work on NexusMods. If you’re playing Elden Ring on PC, you can download it yourself and replace the Tree Sentinel’s mounted horse with Thomas — fortunately, our guide on how to beat the boss still holds, even after he starts riding the train. Skymoon’s description of the mod is short and sweet: “Tree Sentinel on Thomas.” Accurate.

As you might expect, this is one of many mods that have been crafted for Elden Ring on PC. Other modders have created a photo mode and added a pause button. In the case of the latter, it is actually possible to pause the game on any platform, but mods are still fun — especially if they add famous trains from children’s shows.

Not everything is well and good in the Elden Ring PC world, however. Reportedly, the game’s worst hack is still present. Remote code execution, also known as RCE, allows invaders and co-op partners to assume full control of another player’s PC. While Elden Ring patch 1.03 did make significant improvements to the game across all platforms, RCE is still a lingering issue on PC.