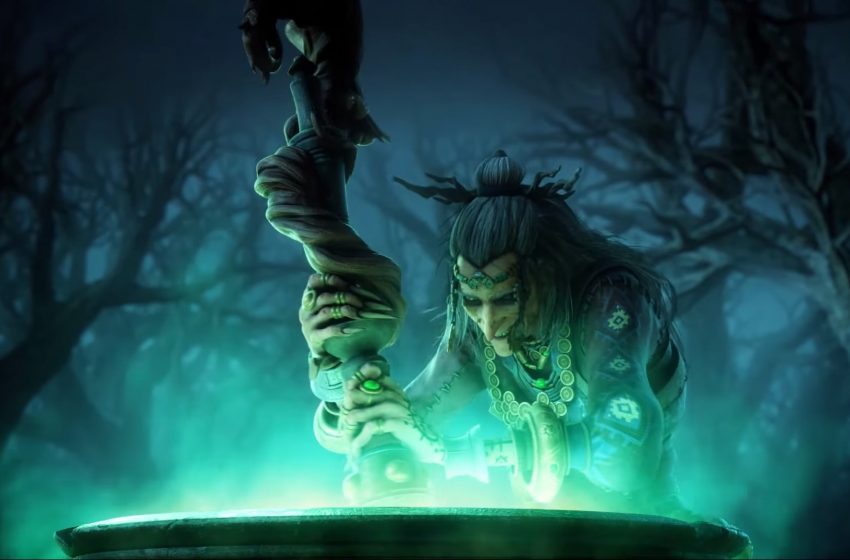 Baba Yaga was announced several weeks ago to coming to the online MOBA Smite, but we now have a good look at this upcoming mage’s abilities and the power she possesses. Baba Yaga will be a force for those attempting to survive her relentless onslaught, and she has plenty of abilities to dish out damage and control a lane.

Her passive revolves around her house, which consistently follows her around the map. If it’s close to enemy Gods, it absorbs energy, which Baba Yaga can covert into stacks for items that she has equipped, or she can use it to heal herself.

Her first ability is called Wild Witchcraft sends out a blast of chaotic energy in front of her, but the pattern changes depends on the formation shown on her passive ability above her portrait. There are three different choices: an L formation, a Y, and a circular wave. The magic leaves behind a trail that passively damages and slows any enemies on them.

Baba Yaga’s second ability is called Baba’s Brew that can contain one of three ingredients: one deals additional damage, another slows them down, and the last one lowers an enemy God’s power and attack speed. The Baba Brew’s ability varies based on how you place in these ingredients. You can choose to store it in a spare item slot to use t for later.

The third ability in Baba Yaga’s kit is called Blast Off! It’s a movement ability that causes Baba Yaga to hide inside her cauldron she’s carrying around all game. She rushes forward and then dives out in the direction she’s facing. She has damage reduction while in this state, making it a great escape when attempting to avoid death.

Her ultimate calls forth her house to her position. It lands on her position and attacks those around her, pushing back any enemy that goes within the area. She then stands up while inside the house, protected by it, and can launch four projectiles out of her position. Once it’s finished, the house returns to its previous position.

Baba Yaga will arrive in Smite on April 21.