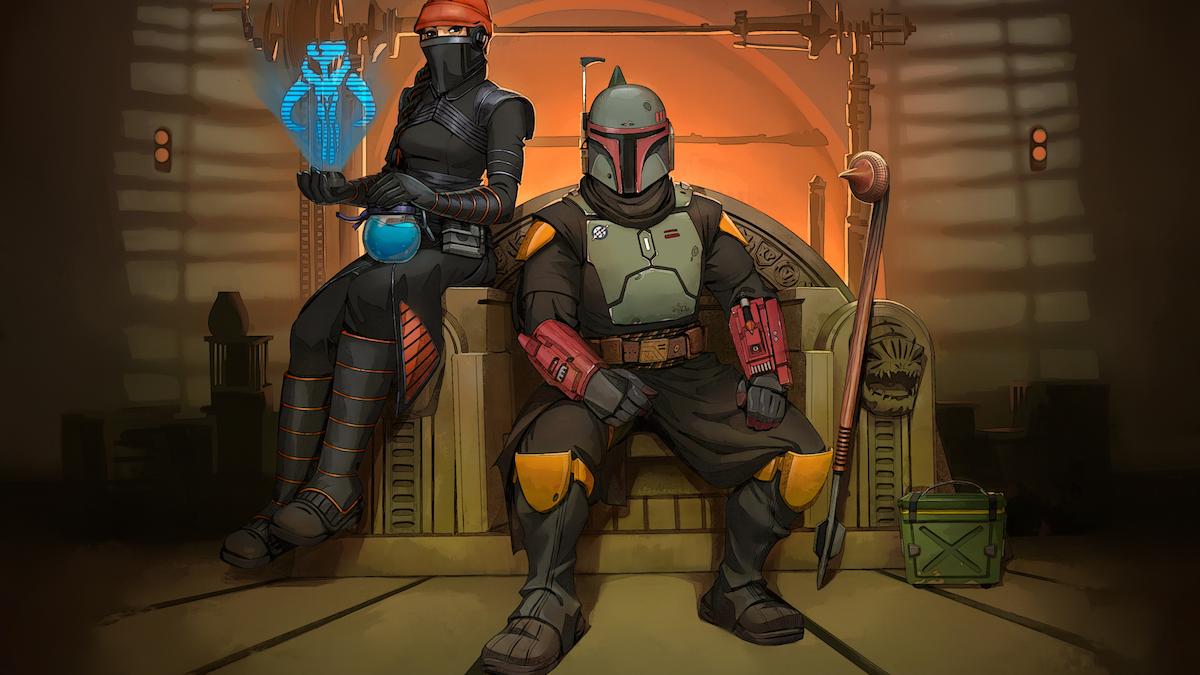 Epic Games announced today that Star Wars’ fan-favorite bounty hunter Boba Fett will come to Fortnite on December 24 as part of a crossover with the upcoming Disney+ series, The Book of Boba Fett. The announcement was made as part of “Disney+ Day,” a yearly celebration held on the anniversary of the streaming service’s launch where various announcements pertaining to the service are made.

Epic Games unveiled artwork promoting the crossover on the official Fortnite Twitter page showcasing Boba Fett seated next to his partner, Fennec Shand. Given Fennec is present here, it seems likely she’ll be a playable character as well, but only Boba was mentioned in the announcement.

The full contents of the crossover have yet to be unveiled, but we’ll likely see more from Epic as the release date approaches. That is assuming leakers don’t blow the lid wide open on this first. The recently-announced crossover with Naruto: Shippuden, notably, had much of its contents seemingly leaked before Epic could even confirm a release date for it.

This will be Fortnite’s latest crossover with Star Wars. The battle royale previously offered cosmetic sets inspired by the original trilogy, The Rise of Skywalker, and The Mandalorian, the last of which just so happened to feature both Boba Fett and Fennec Shand.