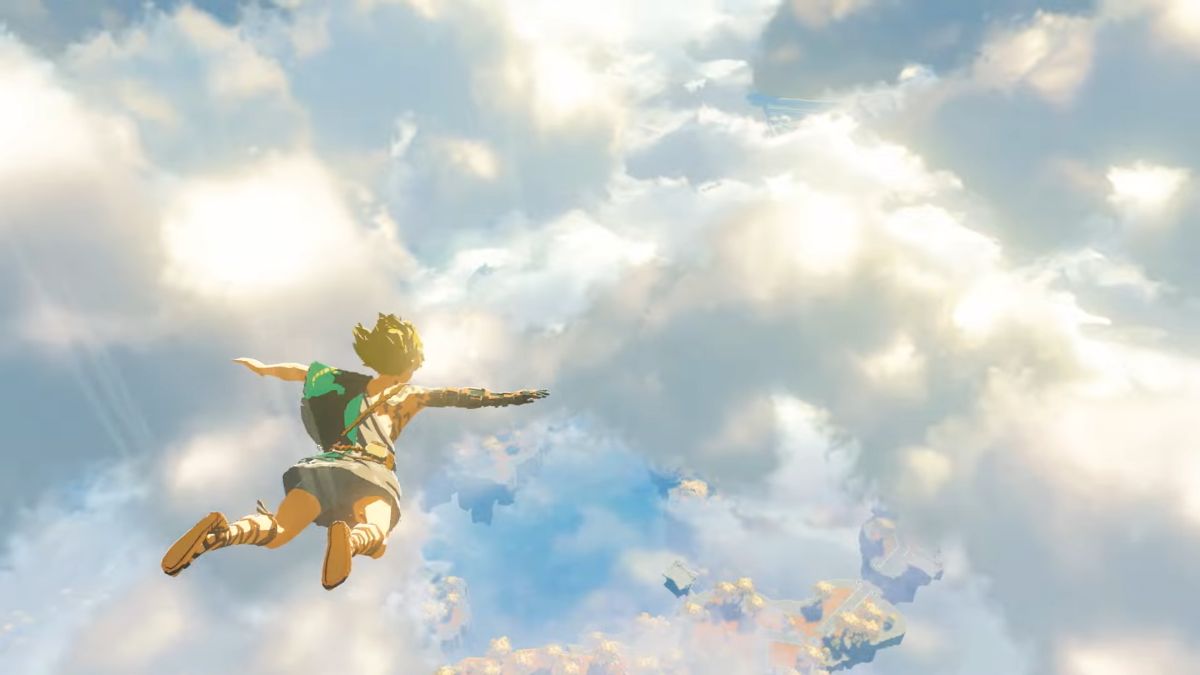 In some new gameplay footage, Link is clad in a rugged look and is seen air diving and hand gliding his way around the flying isles above the land we know and love. He will also have a warping ability that lets him go through walls.

In addition to the skies, we’ll be exploring Hyrule once again, hopefully with new locations and things to find after the events of the first Breath of the Wild. Link appears to have gained a new ability to stop time and reverse it. Also, he’ll be able to use fire at any point, and Nintendo teased that water could be an element the sequel will play around with.

Hyrule Castle, the setting of the climactic clash from BOTW, is once again a returning home for the almighty Ganon as it is lifted into the sky. We know that Zelda has been kidnapped by Ganon as she was snatched up by the darkness shortly after the last trailer set us off where Link and the princess were exploring a cave.

While we wait, we can play The Legend of Zelda: Skyward Sword HD on July 16. As that game also takes place in the sky, we wonder if there will be a connection to BOTW 2.