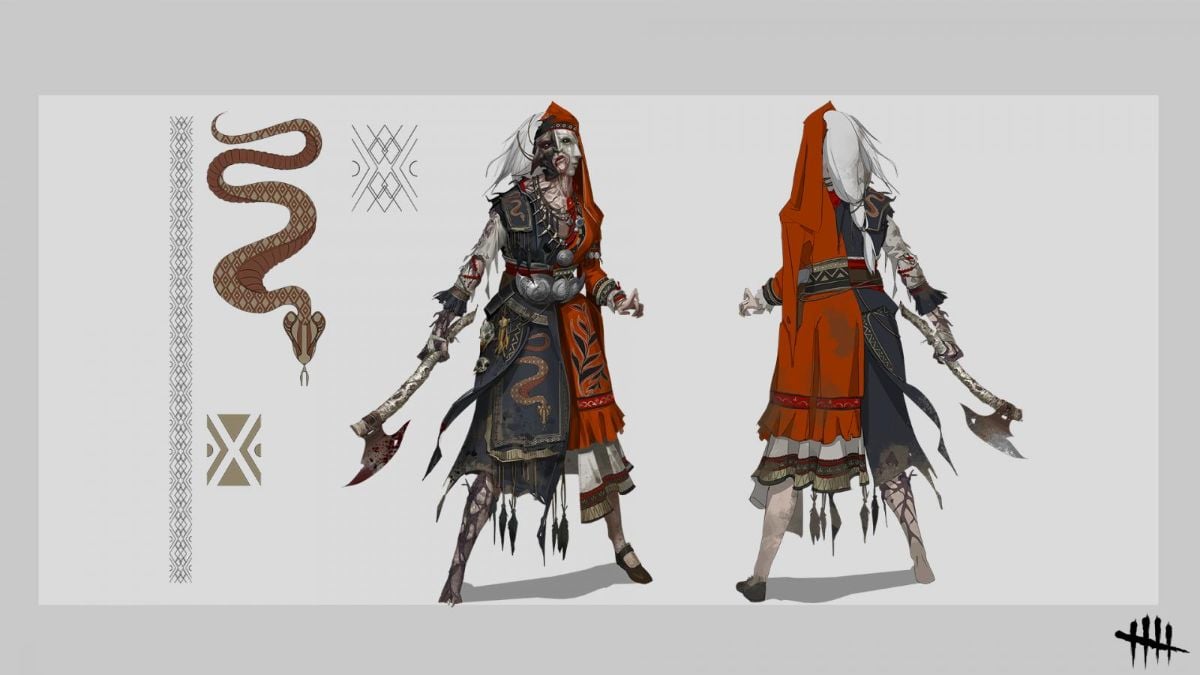 A new set of cosmetics based on popular fairy tales have arrived in Dead by Daylight. The new set is called the Modern Tales Collection and contains new outfits for the Huntress, Feng Min, and Meg Thomas. Each new outfit is a modern twist on a classic fairy tale.

The Huntress’ new outfit is based on the Slavic folklore known as the Baba Yaga. The Baba Yaga is a supernatural creature who would either punish those who get lost in her woods or help those seeking her aid. In some interpretations of the story, the Baba Yaga is a trio of sisters, which is represented in Huntress’ outfit with the multi-face mask. The Baba Yaga costume also comes with new voice work, a lobby animation, and additional VFX for the Huntress.

Related: Dead by Daylight’s Lunar Event celebrates Year of the Tiger with new cosmetics and fireworks

Survivor Feng Min’s outfit is a mixture of Little Red Riding Hood and esports. Feng Min is a competitive esports player and wears a red jacket covered with video game-based badges. There’s even a giant face of a cartoon wolf on her back, a reference to the iconic tale.

Survivor Meg Thomas’ outfit is based on Hansel and Gretel, though it’s given a more punk-rock aesthetic. Meg wears a modern black jacket with red symbols over a classical-looking dress, similar to the type of dress that Gretel would wear in the stories. She also wears bandages around her hands like a fighter, making her look more hardcore.

The Modern Tales Collection is available in the Dead by Daylight in-game store right now.