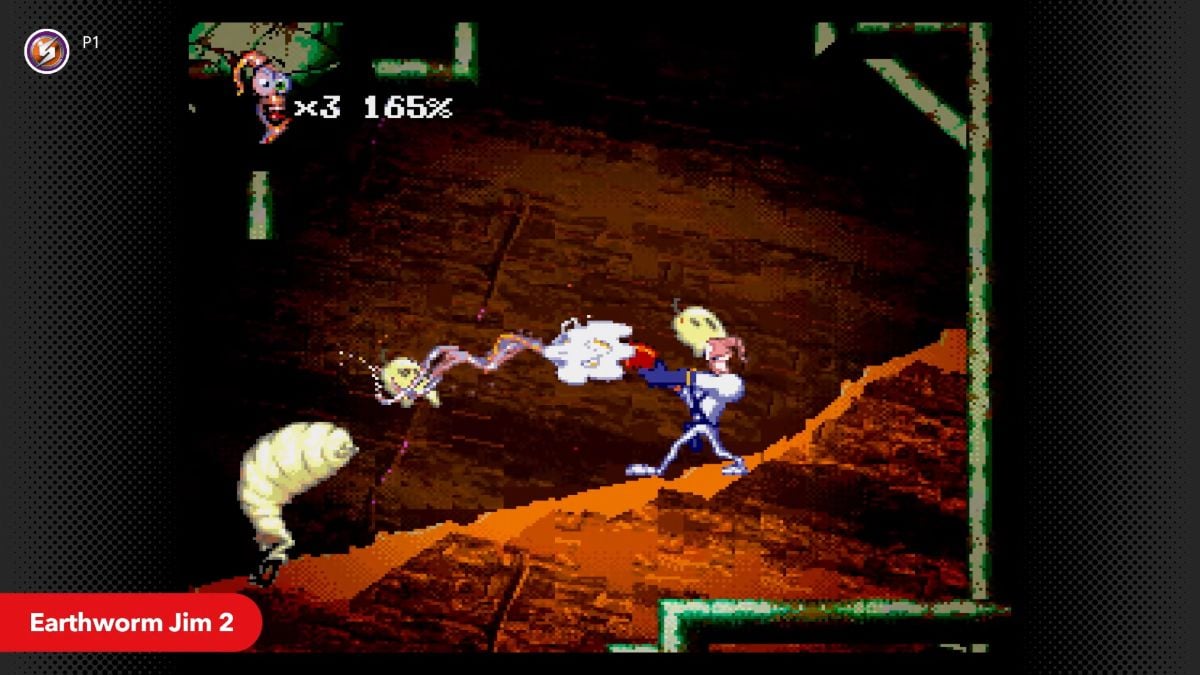 Earthworm Jim 2 is an action-shooter, and it was released on the SNES in 1995. Everyone’s favorite earthworm named Jim returns in this sequel, putting on his favorite super suit again to rescue Princess What’s-Her-Name for a second time. In this game, Jim teams up with his friend Snott and needs to stop a wedding between the princess and the evil Psy-Crow.

Dig Dug II is an action-puzzle game released on the arcades in 1985 before being ported onto the NES. Whereas the original Dig Dug had players dig underneath enemies to trap them, Dig Dug II has the player explore a whole island. Players still need to dig holes to stop enemies, and parts of the island will collapse depending on your actions.

Mappy-Land is a platform-adventure game released on the NES in 1986. It’s a sequel to the arcade game Mappy. Mappy-Land stars a police officer mouse and his job is to find presents all across town that were hidden by the cat mafia. Players can climb up buildings and use special items like a balloon to travel across town.