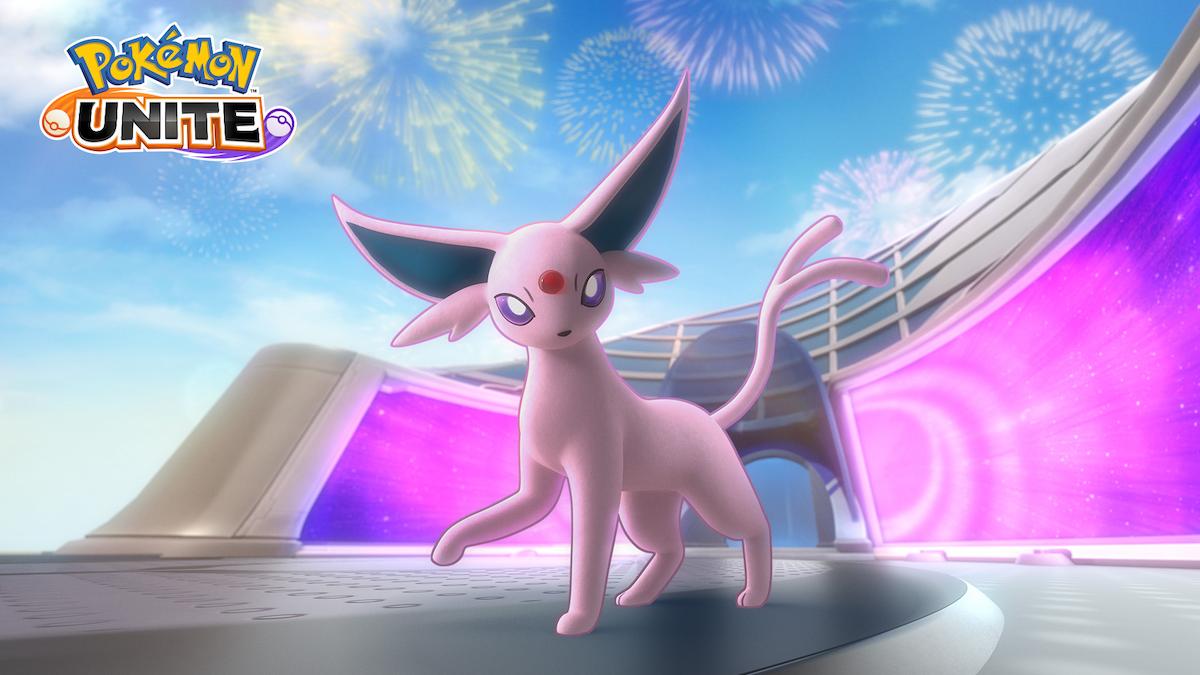 Espeon, the Psychic-type evolution of the beloved Eevee, will join Pokémon Unite’s roster on May 16, The Pokémon Company announced on Tuesday. The Eeveelution will be a ranged attacker, and it will also bring the MOBA’s total number of playable characters up to 35.

No in-game footage of the Pokémon was shown, but given its release date is only about a week away at the time of writing, it’s possible that a gameplay teaser showing off the character’s moveset could be just around the corner.

That said, there is a handful of unofficial gameplay footage out there allegedly showing Espeon in action. The Pokémon Unite datamining community is fairly strong, and as is the case with most other new Pokémon announced for the title, dataminers have reportedly not only discovered that the character exists prior to today’s announcement, but have also uncovered its full moveset.

If the leaked footage is to be believed, it looks like Espeon will have quite a few ranged options up its sleeve, including an incredibly disruptive AOE attack. Dataminers have also alleged that the character might receive a “Pokébuki Style” skin.

Last month, The Pokémon Company announced that the free-to-play title would receive a monthly subscription service that would provide players with in-game shop discounts, a steady supply of Gems, and a handful of other extras. However, just a few days before the service’s planned release date of May 1, the company backpedaled and stated that the launch had been postponed indefinitely.