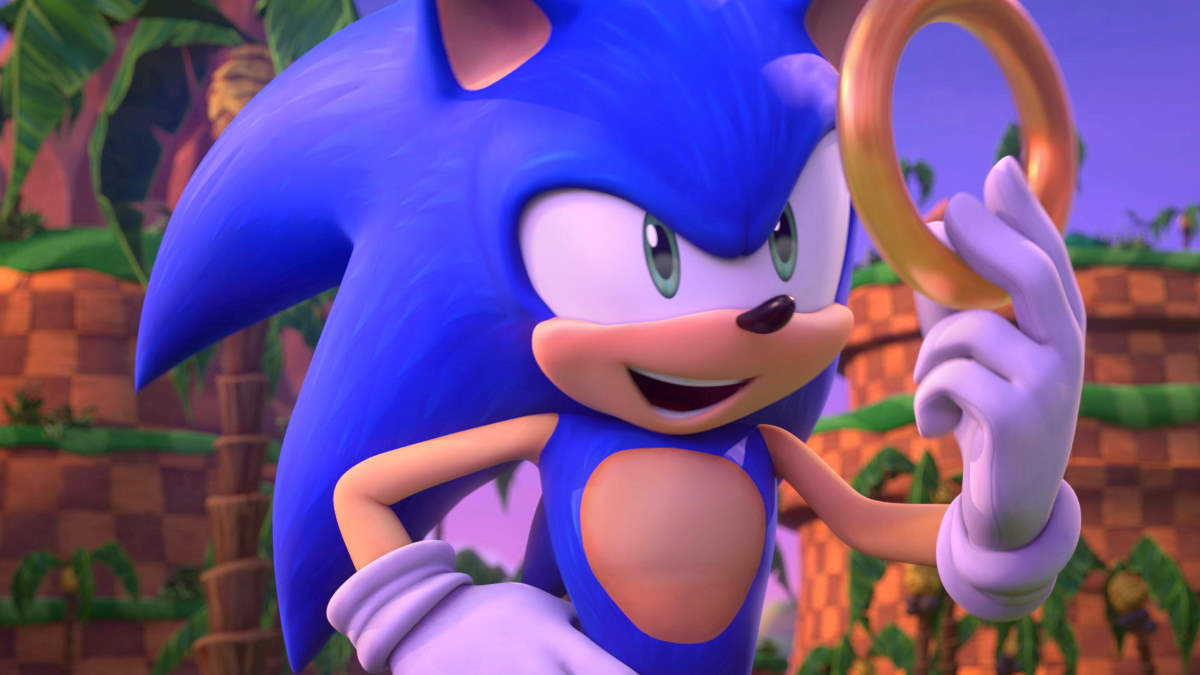 Netflix has revealed the first look at its upcoming Sonic Prime animated series with a short teaser trailer and a couple of screenshots. The first look at Sonic’s design shows that the series has all but lifted the character from the franchise’s recent games, rather than trying to copy the blue blur’s look from the popular film series.

Revealed as part of a press release on the official Netflix site showcasing a selection of upcoming children’s animated series hitting the streaming platform throughout 2022, Sonic Prime has a blink-and-you’ll miss it teaser at the end of a sizzle-reel of upcoming animated shows (including The Cuphead Show). You can watch the brief Sonic Prime teaser below, skip to the minute-48 mark to see the show in action for the first time.

In the teaser, we see Sonic speeding along, picking up rings in what looks like the classic Green Hill Zone. He then stops for a moment to tell us that he’s “good” and “powerful, apparently.” It’s a brief look, but it gives us an indication of the show’s comic tone and sharp visuals.

Sonic Prime is set to launch on Netflix sometime in 2022, with a 24-episode season ordered by the streaming platform. Based on the short teaser trailer, the show looks to be taking place in locations lifted from the game series, with Sonic’s modern look. Hopefully, we’ll see more than Sonic in the animated show, with Dr. Eggman, Tails, Knuckles, and more sure to play a part.