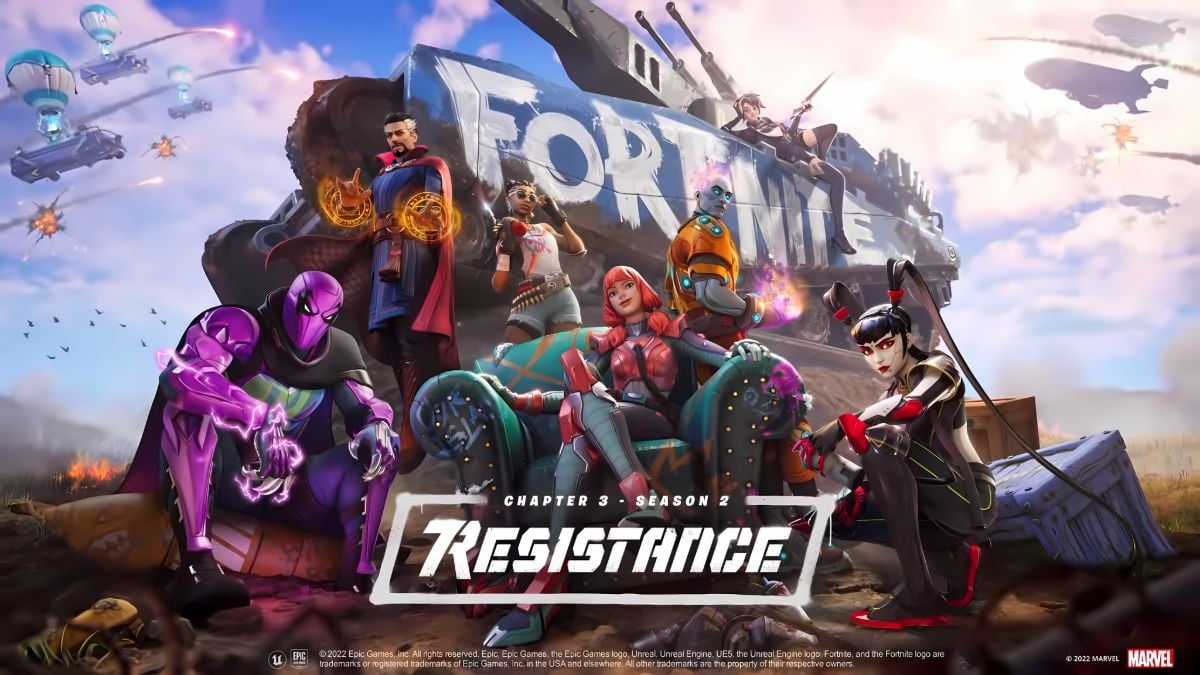 Fortnite Chapter 3 Season 2 has officially unveiled in a new trailer, and we have not one but two Marvel characters as a part of this season’s battle pass.

The season is titled “Resistance,” and the sorcerer supreme Doctor Strange and The Prowler, best known as the uncle to Miles Morales, will be making their way to the island. Season 2 will mark the third season in a row where a Marvel character is featured in the battle pass. Last season we saw Spider-Man enter the fray with one of his most notable foes, Carnage, appearing in the previous season.

While being considered a story trailer, it doesn’t tell us anything. The trailer consists of Sloane, her IO army of goons, and The Prowler fighting against the resistance, which includes our main hero and face of Fortnite, Jonesy, and many of the new characters players will be able to obtain through this season’s rewards, including Doctor Strange.

Fortnite Chapter 3 Season 2 will introduce a thermal AR weapon, the homing launcher, and the strike burst rifle. Additionally, parkour and wall climbing will be a featured mechanics this season. It has been confirmed that The Prowler will be the bonus skin, similarly to that of The Foundation last season that was based on Dwayne “The Rock” Johnson. This means it is not mandatory to go through the battle pass to obtain The Prowler, but instead will have a variety of missions that will be required to complete to earn him. Doctor Strange will be the level 100 skin meaning players must max out the battle pass to unlock him, comparably to Spider-Man last season.

Epic has announced prior to the reveal of season 2 that the company will be committing all its Fortnite proceeds from March 20 to April 3, to humanitarian relief for people affected by the war in Ukraine.