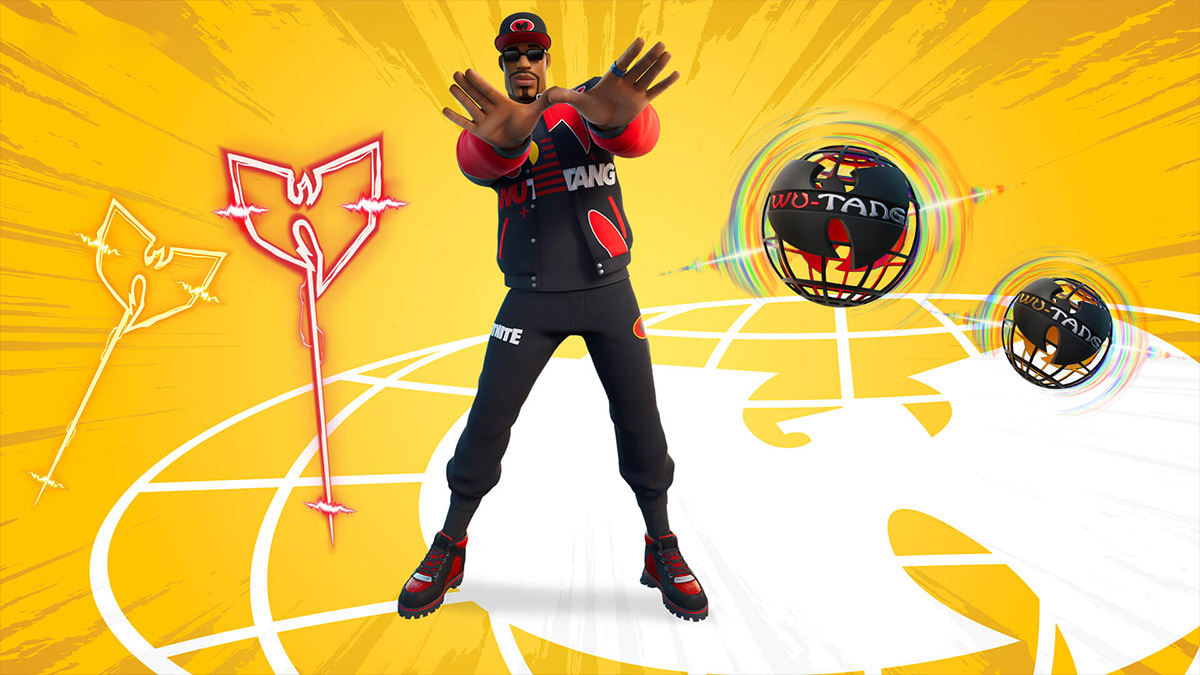 Fortnite dips its toes into the music scene all the time. Acts like Ariana Grande were part of the Rift Tour, and a line of Coachella gear was just introduced to celebrate the annual festival. Next up? The Wu-Tang Clan.

After being teased, the new Wu-Tang cosmetics have been announced. There aren’t 36 pieces to match the number of chambers on their debut album, but there’s still plenty of gear. The Throwback BG outfit can be worn in two styles, and it includes the WuWear Worldwide back bling and Neck Protector necklace, each with its own alternate styles as well. The back bling reacts to music, and the pickaxe reacts to every melee hit. The B.R.I.T.E. outfit also comes in two styles, and it includes the Wu-Tang Represent back bling and Triumphant Tagger pickaxe, both of which — you guessed it — have alternate styles too. This back bling also reacts to music, and the pickaxe leaves a trail of paint when swung.

On top of the outfits, Fortnite is adding a Shimmy Surfer glider (in two styles, of course), Wu wrap, and a Wu-Tang Is Forever emote. There are a few different options for buying all of these as individual pieces or in bigger bundles. The Wu Wear Bundle includes a bonus Wu-Tang Hands emoticon, Wu-Tang Style loading screen, Wu Boom Box spray, and Wu-Tang Clan banner. See all the purchasing options in the Fortnite blog post. Everything goes on sale this Saturday, April 23, at 8 PM ET / 5 PM PT.