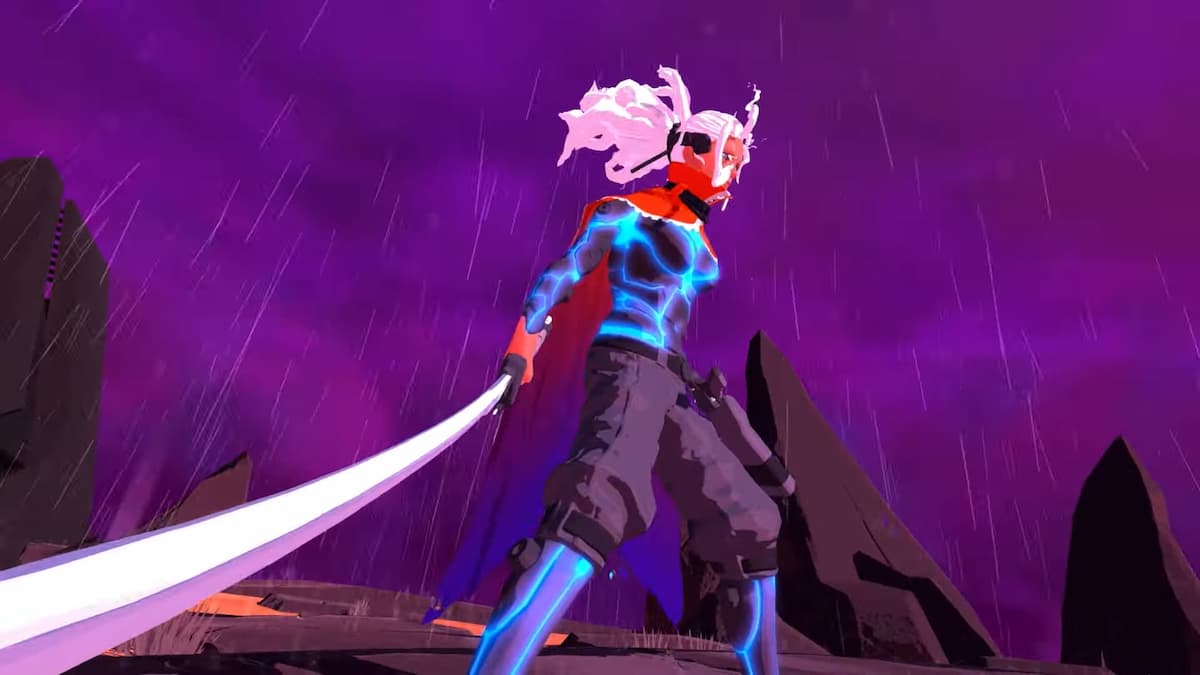 Update May 4, 2022, 8:48 AM CT: Since yesterday’s reveal, references to an Xbox release have been removed from the official trailer’s YouTube description.

Original: Nearly six full years after Furi’s original release, the Onnamusha DLC is a mere two weeks away. Along with the new character, which offers a different playstyle to the original protagonist, developer The Game Bakers is also enhancing the game for Sony’s current-gen console.

The Furi Onnamusha DLC is slated to release on May 17 across Nintendo Switch, PlayStation, and PC. Additionally, the DLC launch date is joined by a native PlayStation 5 port, offering a free upgrade to existing PlayStation 4 owners. A similar upgrade hasn’t been detailed for Xbox consoles, meaning Xbox Series X/S owners will still be playing the Xbox One version through backward compatibility.

The Onnamusha DLC adds the Onnamusha Rider, a character that is able to transition between two stances. There’s an agile stance that allows for quicker movement and strikes as well as a slower stance with more damaging capabilities. All of the game modes from the story to the speedrun mode can be played through in their entirety with the Onnamusha Rider.

As one final aside, May 17 also marks a free update to the base game across all platforms. This patch introduces all paid content that has come to the game since release, such as the 2017 One More Fight DLC that added a new boss fight.