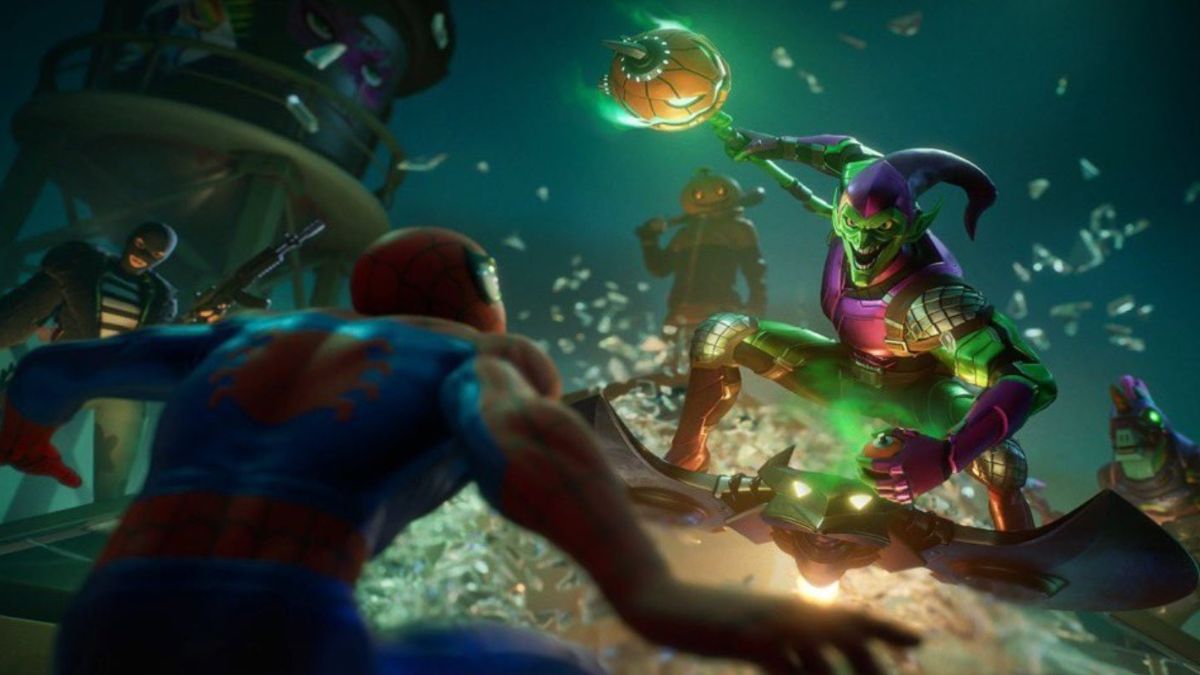 The two Hawkeyes aren’t the only new Marvel characters coming to Fortnite. Spider-Man’s archnemesis the Green Goblin will also reportedly be terrorizing the island soon. The Green Goblin and accessories were datamined by the same group of leakers that discovered the Hawkeye skins hidden within Fortnite’s version 19.10 update. The dataminers go by GalaxifyX, GMatrixGames, ralisdumb, and FNLeaksAndInfo on Twitter.

The Green Goblin outfit is based more on the character’s classic appearance in the comics rather than how the character looks in the Spider-Man films. Although the outfit is similar to the high-tech armor we see in the movies, the skin also has the purple hat, shirt, gloves, and boots from the comics.

Neither Epic Games nor Marvel has officially commented on the Green Goblin or Hawkeyes being in Fortnite, though Fortnite leaker HYPEX has commented that a Hawkeye collaboration is bound to happen “in the next two weeks.” HYPEX also claimed that both Mary Jane and Green Goblin will be coming to Fortnite as NPCs, though now it is seemingly confirmed that the latter will be a skin instead. Files for the Green Goblin had been discovered in the game back in December 2021.