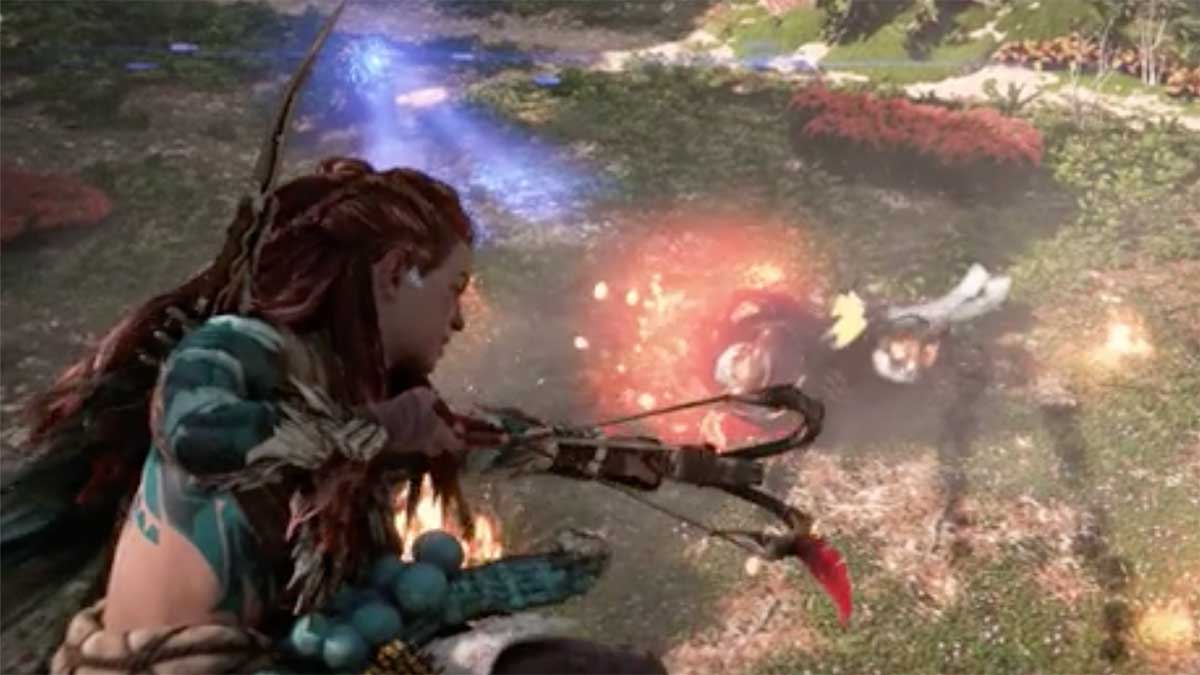 Today, developer Guerrilla Games announced that Horizon Forbidden West has finally gone gold ahead of its release on February 18. The news was posted on Twitter alongside a link to a new post on the PlayStation Blog that shows how the game looks on PS4 Pro.

There’s no question that Horizon Forbidden West will look at its best on PS5. However, no one knew how well the game could run on last-generation consoles until now. The blog post contains a few videos of the game running on Sony’s higher-spec PS4 model, revealing the same fast-paced gameplay running at a much lower visual quality.

Each video in the blog post shows protagonist Aloy fighting some of the new machines from Horizon Forbidden West. The speed of the gameplay looks fine, but the visuals are much more blurred than they have been in showcases of the game running on PS5.

Of course, with the game having now gone gold, Guerrilla Games has time to work on a day one patch for the title that could improve the visuals and performance on the release date. However, it’s unlikely that the PS4 Pro version will ever look as good or run as well as the PS5 version.