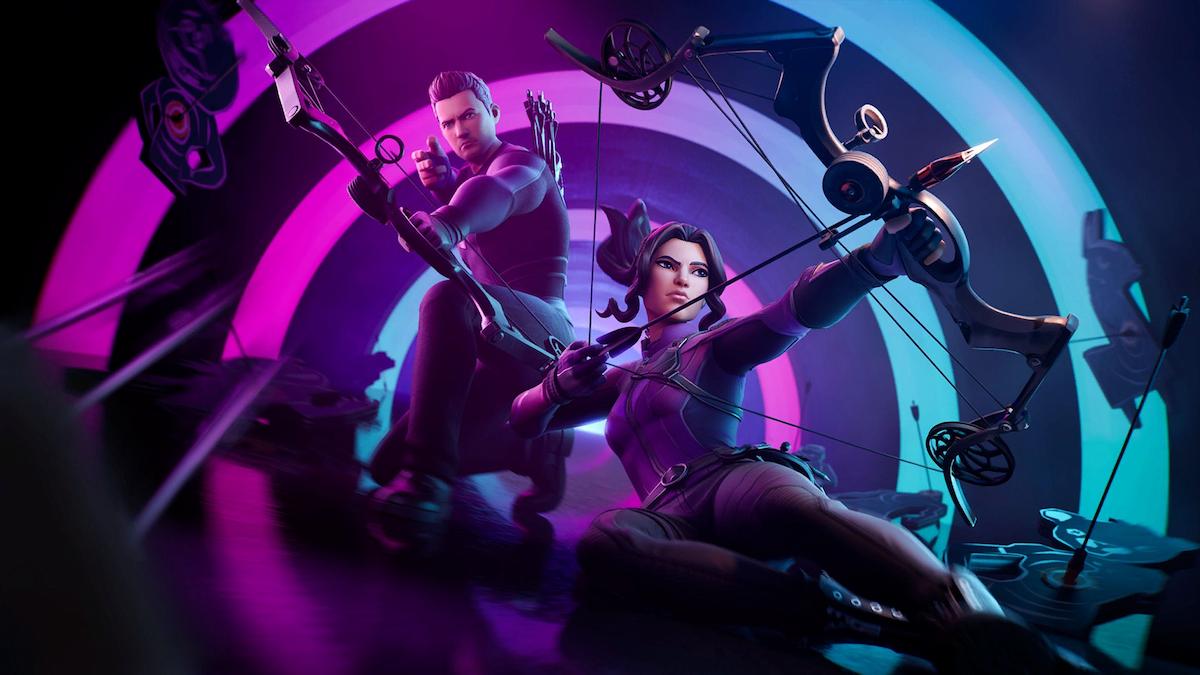 Fortnite dataminers discovered skins based on Clint Barton and Kate Bishop, the two lead characters of the Disney+ show, Hawkeye, hidden within Fortnite’s version 19.10 update, which went live on Tuesday. Dataminers also discovered a wealth of other cosmetics inspired by the Marvel television series, indicating a crossover could be on the way.

Fortnite leaker iFireMonkey also shared in-game images of the two new skins. It’s worth noting that neither of the skins’ faces adopts the likeness of Jeremy Renner nor Hailee Steinfeld, who play Clint Barton and Kate Bishop, respectively.

Should a collaboration with Hawkeye occur, it would be the latest in a long line of collaborations between Fortnite and Marvel. Epic previously brought Thanos to Fortnite during the release of Avengers: Infinity War, ran limited-time modes for Avengers: Endgame, and more recently, introduced a variety of Spider-Man skins to the battle royale, including one inspired by Tom Holland’s portrayal of the character in Spider-Man: No Way Home.