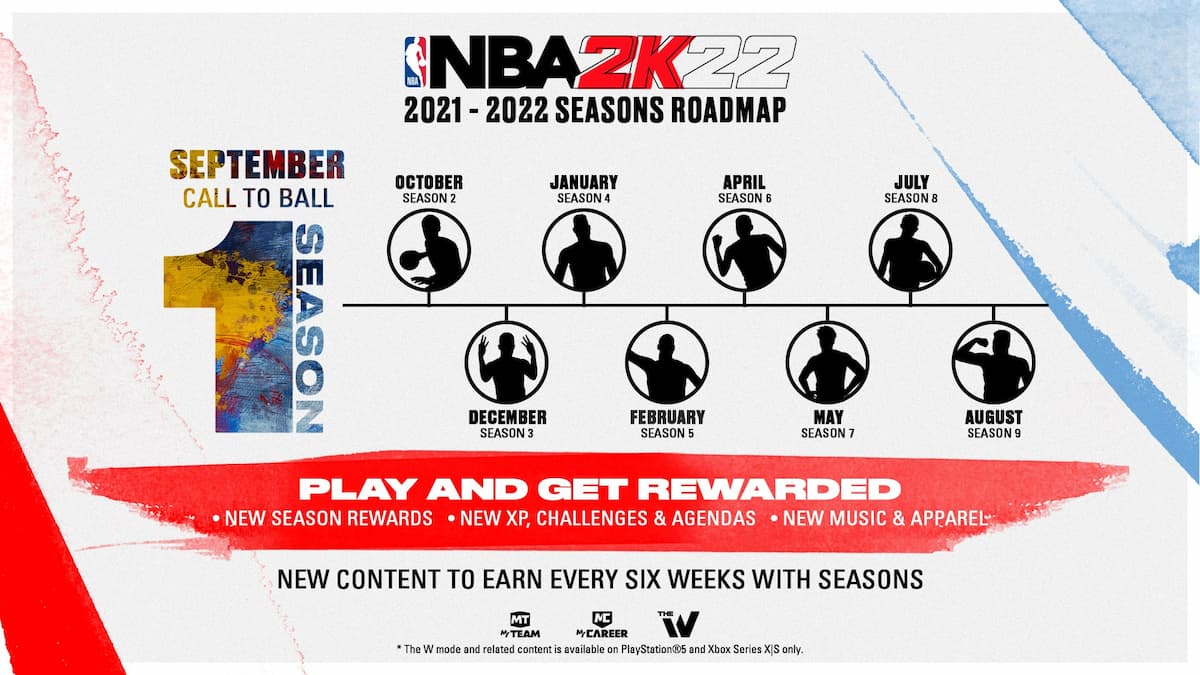 In NBA 2K21, developer Visual Concepts introduced a new feature for MyTeam called Seasons. These battle pass-like additions gave players access to challenges that granted them XP, which would then unlock new content in that game mode. With NBA 2K22, Visual Concepts is bringing the feature over to both MyCareer and The W Online.

This means that players will have a lot of content to work through in most of the major modes. Recently, 2K has gone into a bit more detail about what players should expect from seasons in 2K22. Most notably, Seasons will refresh every six weeks this year. In 2K21, there were some Seasons that were shorter than others, but this year, everything should be a bit more streamlined.

We also now know what MyCareer players can look forward to in their battle pass. As expected, there will be several different cosmetics, but players can also earn XP boosts and new ways to get around the City. At certain levels of the first pass, players will get access to inline skates and a go-kart. Not only will that speed up your movement around town, but you’ll also look great doing it.

Visual Concepts has also attached Legend status to Seasons in MyCareer. If you want to be thought of as the best of the best in the NBA, you’ll need to complete the 40-level battle pass in four different Seasons. Thankfully, they don’t have to be consecutive, but it will take quite a bit of work.

In MyTeam, things will work just like they did last year. You’ll work your way through different challenges as you gain XP. The first season reward is a Pink Diamond version of Carmelo Anthony. That’s a 96 OVR card for finishing the pass. He probably won’t be the best player in the game by the time you can earn him, but it’s still a fun addition for fans.

Finally, The W Online will have its own pass that gives out VC, cosmetics, and badges. Remember, The W is only available on PlayStation 5 and Xbox Series X/S. If you want to play that mode, make sure you pick the game up for current-gen consoles.