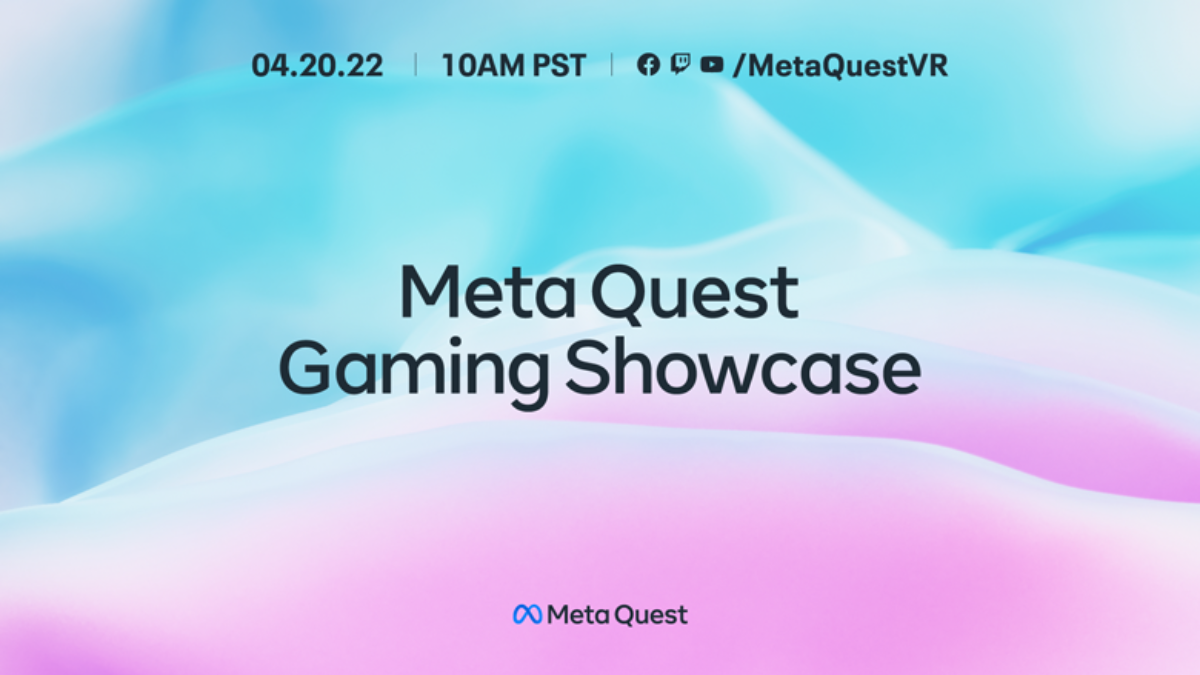 Meta Quest is holding a gaming showcase on April 20 that will reveal new announcements on VR titles, updates, and more. This will mark the second showcase that Meta, formerly known as Oculus, has held.

The Oculus Quest Gaming Showcase from last year did have significant reveals including Resident Evil 4 VR which was a critical darling, bringing one of the most beloved action-survival games into a new light under virtual reality. The popular VR title Pistol Whip showed off a new campaign called Smoke and Thunder. Part two of Star Wars: Tales From The Galaxy’s Edge was announced, as well as updates on two more beloved VR titles The Climb 2 and The Walking Dead: Saints and Sinners.

While PlayStation is still finding a place in the VR space with their upcoming PlayStation VR2, the Oculus Quest 2 is the most popular VR headset out there so this presentation should make up for some exciting and unexpected announcements similarly to last year.

The Meta Quest Gaming Showcase will begin at 10 AM PST on April 20 and will be streaming on Facebook, YouTube, Twitch, and Oculus TV. If you’re interested in the Oculus Quest 2 you can purchase one from most major retailers for $299.99.