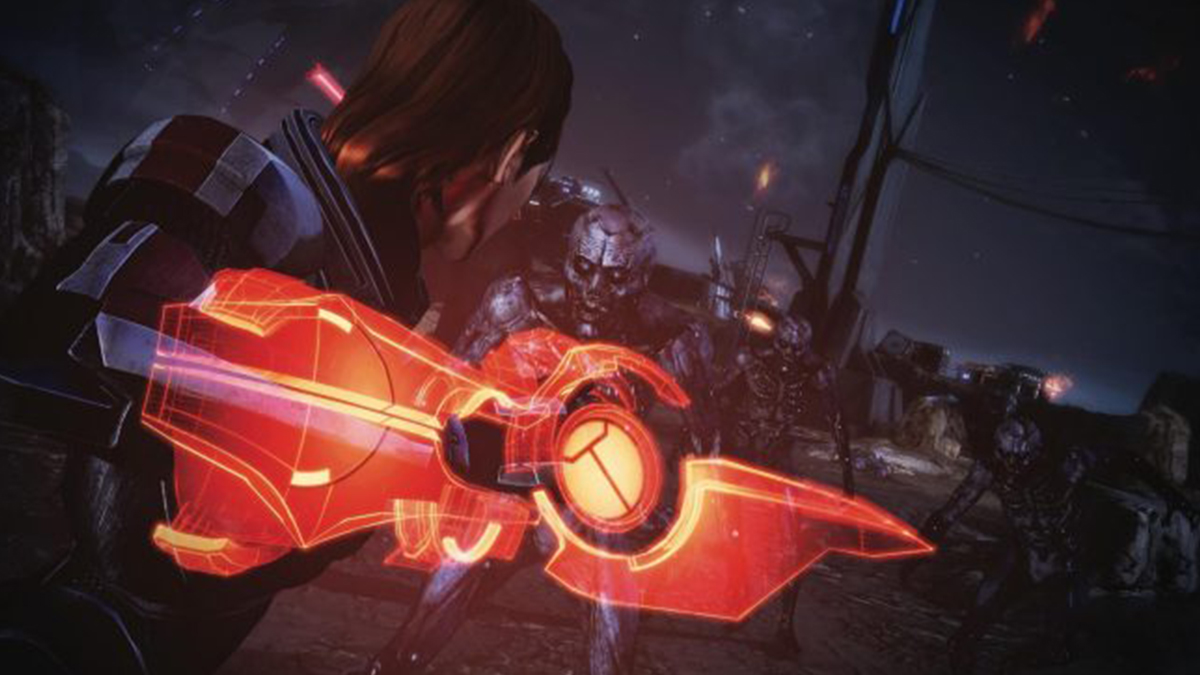 November 7 is N7 day for Mass Effect fans. Named after the highest rank of the in-game space military, it’s a day when developer BioWare tends to release special artwork, merchandise, and even game teasers. This year’s celebration includes a lovely piece of art for the next game in the franchise.

Revealed on Twitter, the artwork has a simple tagline: “Mass Effect will continue.” We already know a new game is in the works, and as such, Mass Effect fans are putting this image under a microscope to learn as much as they can — or at least theorize about what those tiny characters on the planet’s surface could be.

Leave it to Reddit to start pointing out all the notable things in the artwork. Users there claim the robotic corpse near the crater appears to be Geth, while the entire outline of the area strongly resembles a Geth’s monocular face. Zooming in on the party, the figures resemble a Krogan, Asari, and Turian, led by a human in the front. That’s a pretty standard composition for a Mass Effect fireteam. Also notable is the ship, which is different from the one used in Andromeda or the Legendary Edition. We’ll have to wait and see what else BioWare has in store — hopefully long before N7 Day 2022.

But speaking of the Legendary Edition, that’s the latest release in the Mass Effect franchise, packaging one of the best video game trilogies into a single collection. If you’ve been playing through those and need help making big decisions or saving your teammates, we’ve got you covered.