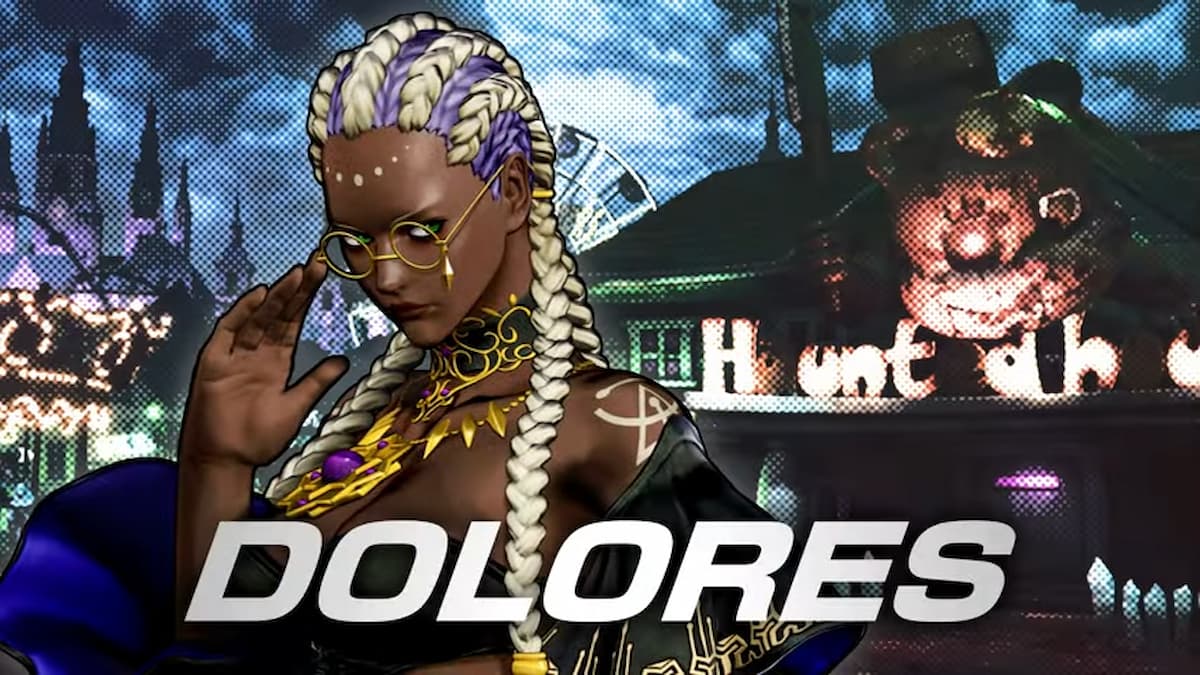 A new fighter is joining the roster of the upcoming King of Fighters XV. The fighter, named Delores, will be one of eight characters available in the game’s upcoming open beta test.

King of Fighters XV will feature 39 characters at launch, with the potential of more as DLC. Delores is one of the newest characters of the influential fighting game franchise that started in 1994.

Delores looks like a close-range fighter, with the ability to punch rock formations into the enemy and deal explosive damage. She joins Kyo, Iori, Chizuru, Shun’ei, Shermie, Chris, and Yashiro as playable characters during the open beta.

King of Fighters XV will feature a large amount of new content, including a brand new Story Mode that brings the story to an “explosive climax.” The game will also, for the first time in series history, feature rollback netcode, improving netplay for players who frequently play online. Most fighting games nowadays are releasing with rollback netcode, making this a welcome change to see for the KoF franchise.