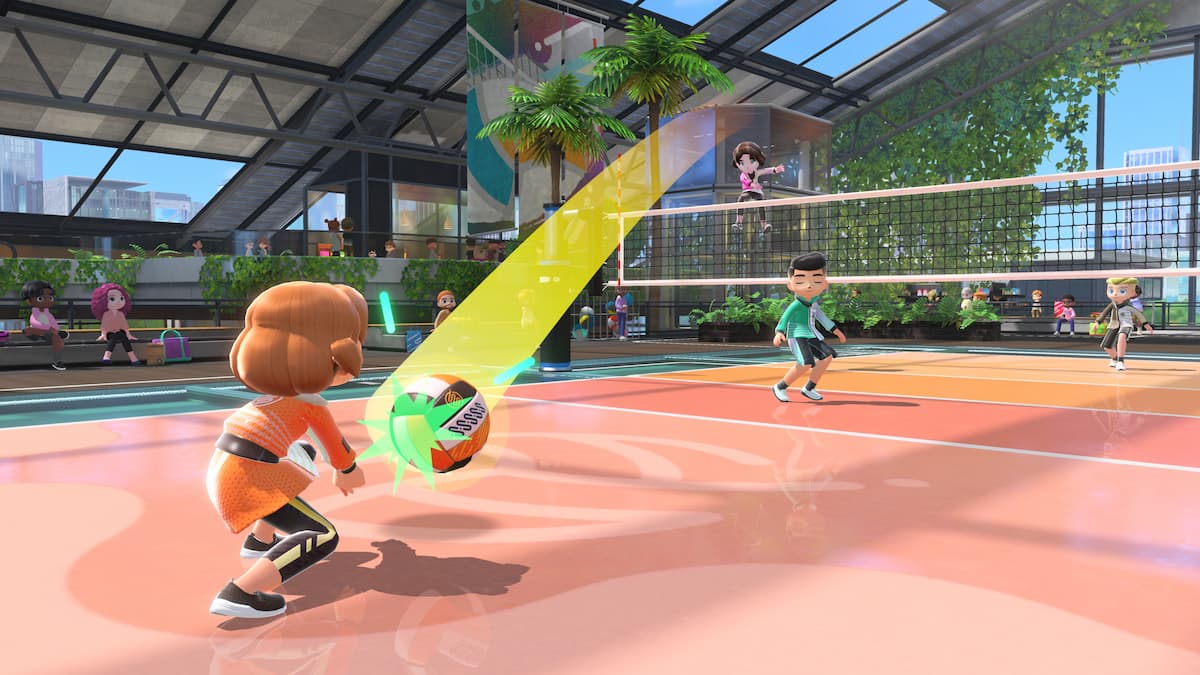 Nintendo has released a hefty Nintendo Switch Sports overview trailer which showcases just about everything the game has to offer ahead of its April 29 release date. The sequel to the Wii Sports series features six sports (at launch), each with online play, and Pro Leagues, as revealed in the latest trailer.

The five-and-a-half-minute-long overview trailer begins by detailing how we’ll play each of the game’s six sports. We are shown what motion controls to expect when playing bowling, tennis, badminton, volleyball, soccer, and chambara. It all looks fairly intuitive and should be natural to any Wii Sports veteran. You can see each of the sports in action in the trailer below:

The more interesting portion of the lengthy trailer details Nintendo Switch Sports’ online offerings. Each of the sports can be played online with friends or with randoms. Bowling has one of the more interesting modes with Survival Bowling, a last-player standing bowling game with up to 16 online competitors.

When you’ve won enough matches in each sport, you can go pro and compete in the online Pro League. Each sport has 12 skill ranks to climb, from E to A. Finally, the trailer shows us the game’s customization options, which lets you change the face, hair, and outfit of your Sportsmate or Mii.

Golf will be added to Nintendo Switch Sports this fall, and a recent datamine points toward basketball and dodgeball being added to the game in the future. All we need now is boxing and that game where a dog catches a frisbee and the game will be complete.