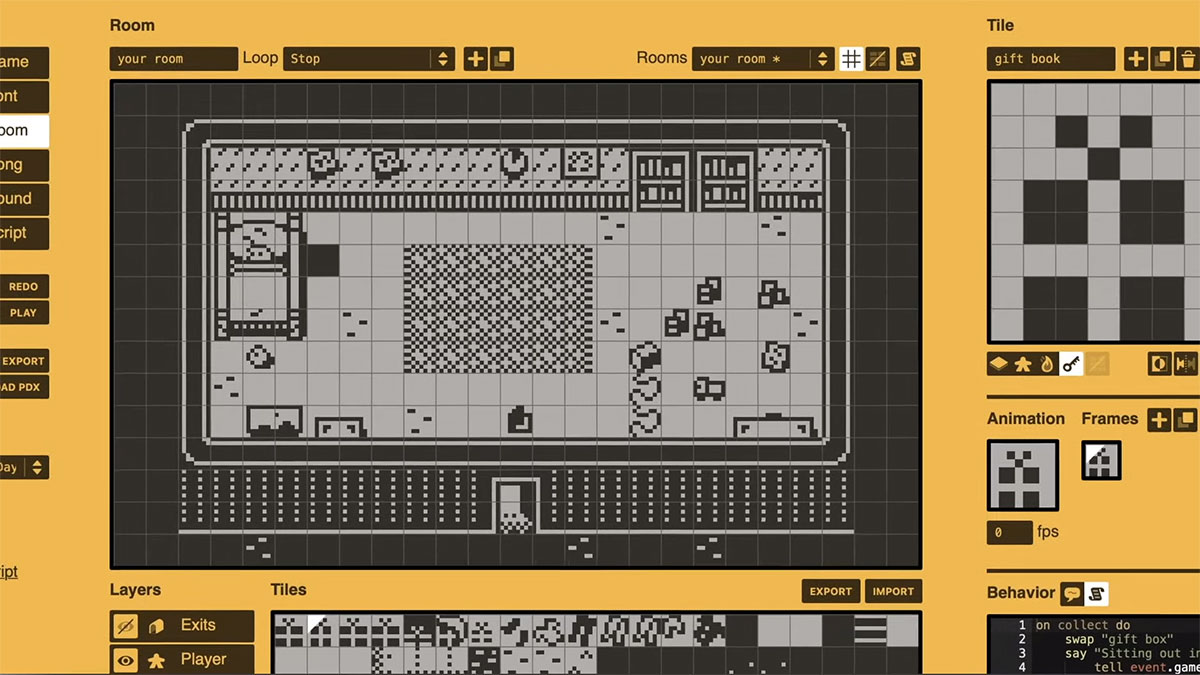 Panic Inc. launched a public beta on Wednesday for Playdate Pulp, a free-to-use game making tool for the Playdate handheld, which is set to release in 2022. The development software runs in-browser, meaning no install is required, and also affords creators a variety of features to toy around with, including a pixel graphics editor and a sound sequencer. Additionally, developers will also be able to export their final projects to their own Playdate handhelds, said the company.

Panic noted that no coding knowledge would be required to create a game using Playdate Pulp. However, the company also stated that those who are code-literate would be able to utilize PulpScript — a logical language for Playdate games — to create games. Creators can also test their games in-browser, according to Playdate’s website.

To accompany the beta’s launch, the official Playdate Twitter account shared a video showing the game-making tool in action.

Created by Panic Inc., the publisher behind Firewatch and Untitled Goose Game, the Playdate is a handheld console with a unique feature: It’s got a hand-powered crank on its side, which is also used in its various games. One title, Crankin’s Time Travel Adventure, requires players to use the crank to rewind time. Additionally, games for the system will roll out on a seasonal basis, with the Playdate’s first season set to have 24 games distributed over 12 weeks.

Preorders for the handheld started in 2021, and the system sold out fast. The Playdate is currently set to ship in 2022.