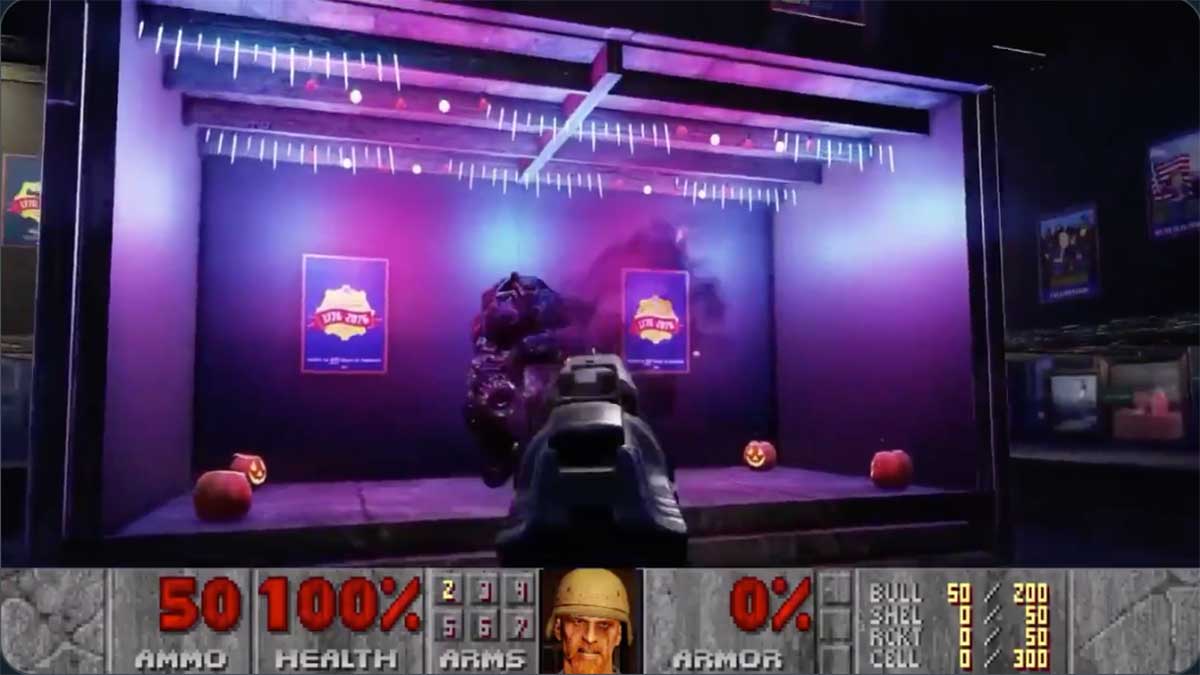 Fallout 76’s players are an incredibly creative bunch. Now that it’s possible to own and create your own Vault in the game, there are some exciting builds coming out of the woodwork. One of those is the very first level in the original 1993 DOOM.

Here we can see just how far some players are willing to push their builds. Over what looks like the course of two C.A.M.P. builds, two players (@DakaTheWanderer and @BLOODFARTaus) have faithfully recreated DOOM’s first level in intricate detail. Some players, us included, even thought that footage from DOOM was used to open the video as a comparison.

From what we can tell, this video only contains gameplay that has been edited together with an overlay on top for that authentic DOOM feel. There are no mods in play to bring custom items into the game, and nothing funny is going on with the gameplay.

The only thing that would make this build even more perfect is filling it with every player on the server to make it feel like it’s full of enemies. Organizing that is probably more complicated than the entire build is already, though.

With each update, hardcore Fallout 76 players go above and beyond to create some of the most individual builds out there. With Steel Dawn bringing a host of new features to the game, there’s bound to be more unique builds like this in the future.