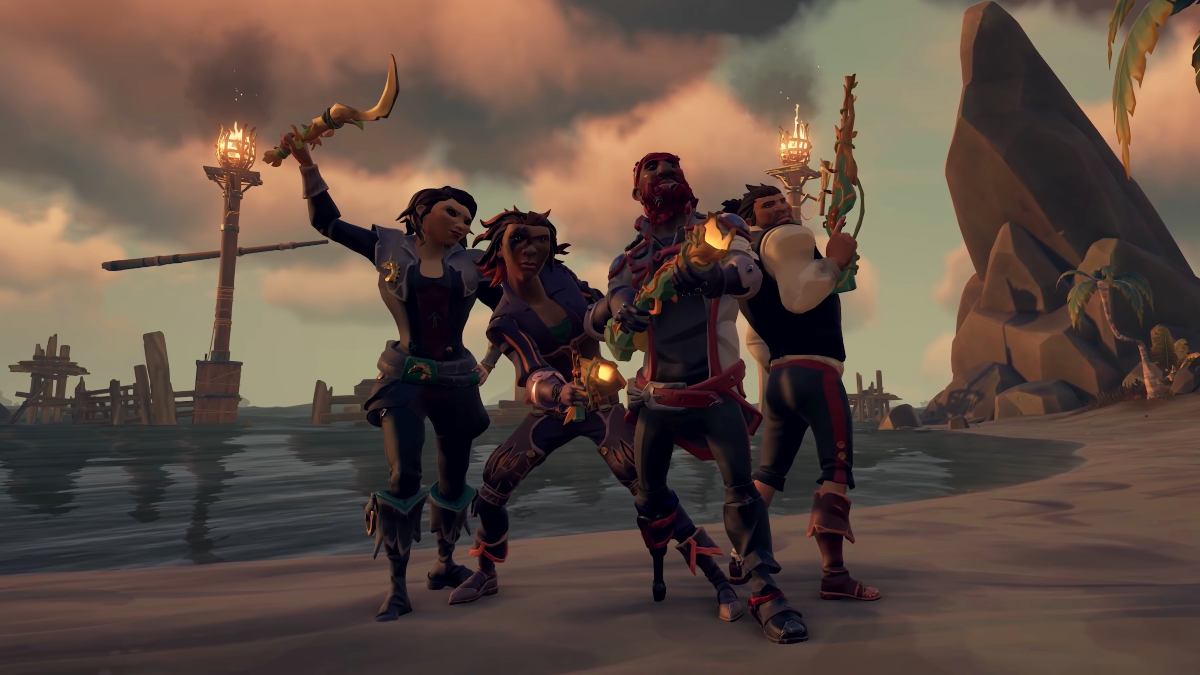 Pirate Legends rejoice as it looks like crane elevators are coming to Thieves’ Haven as part of Season 5. The news comes as part of a series of teasers developer Rare has started to drop in the lead-up to the game’s next season of content.

Sea of Thieves‘ official Twitter account posted a short, 17-second video today, captioned “Ladders are so passé,” that teases crane elevators. As the camera pans forward into the easily recognizable cove of Thieves’ Haven, viewers can spot what appears to be a pirate operating a crane elevator with a chest on the platform. The elevator descends from the top of the cliff down to the sand below before the screen cuts to black.

Though the addition of crane elevators may seem negligible when compared to more consequential updates, it’s definitely a welcome quality of life improvement. This is certainly true for Pirate Legends who often do the Athena’s Run of Thieves’ Haven. Digging up a bunch of treasure at the top of Thieves’ Haven and having to haul it all down to the bottom can be a pain. With this update, however, players will be able to easily load their treasure onto a platform and quickly bring it all down to the shore.

It’s unclear whether crane elevators will be a feature added exclusively to Thieves’ Haven, but we hope this isn’t the case, as they could certainly make life easier on a number of Large Islands. Along with crane elevators, players can expect to find rowboats with cannons attached to them as part of Sea of Thieves’ Season 5 content line-up.