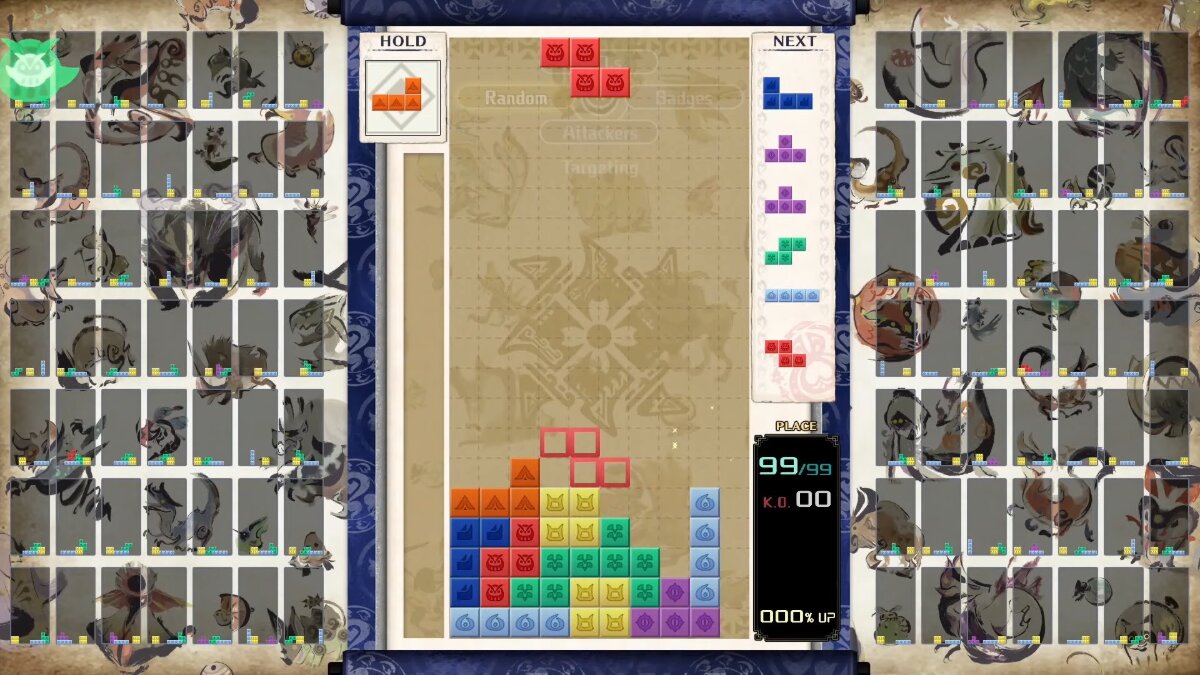 Tetris 99 often holds online events known as Maximus Cup, in which participants can earn points and unlock unique cosmetics. The event is used to promote games that are on the Nintendo Switch. The 24th Maximus ran from September 17 to September 20, and it was Wario theme to promote WarioWare: Get It Together!

The upcoming 25th Maximus Cup for Tetris 99 will be themed around Monster Hunter Arise. The Maximus Cup is available for all members of the Nintendo Switch Online and who have Tetris 99 downloaded. To participate, players will need to play the online mode of Tetris 99 starting on October 8 at 12 AM PT. The event will end on October 11 at 11:59 PM PT.

During the Maximus Cup, participants will be awarded event points based on whatever rank they achieve during each battle. Players will unlock a new theme, artwork, and music based on Monster Hunter Rise if they accumulate 100 event points. Players will also unlock new designs for the tetromino, the name of the geometric shapes with four connecting blocks that Tetris uses.

Tetris 99 is an online, battle-royale-inspired game. Players compete against each other in a simple game of Tetris. They can send obstacles to other players to mess them up. Whoever is left still playing is declared the winner.