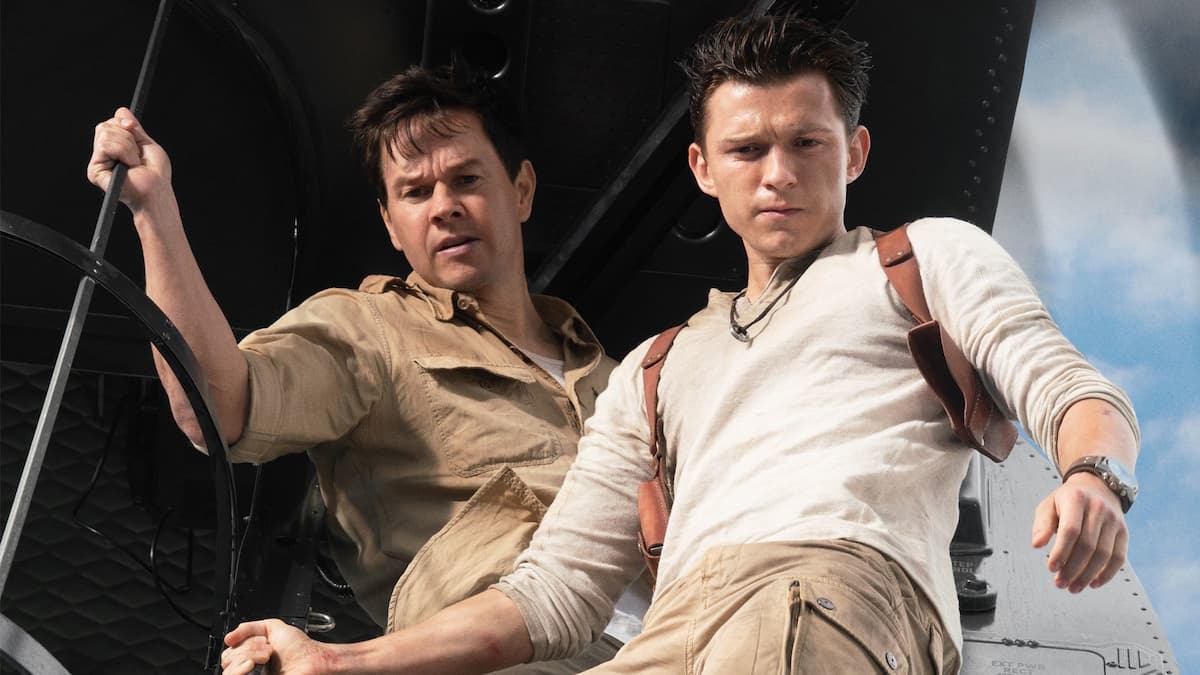 After years of being stuck in development hell, we’ve finally gotten our first look at Tom Holland as a young Nathan Drake in motion, with a release date of February 18. The trailer shows Drake and his mentor Victor Sullivan (Mark Wahlberg) meeting for the first time, and the film seemingly focuses on them looking for treasure that Drake’s brother Sam left clues behind for.

It seems that the film will partially be pulling from the third and fourth games above all else, with one scene showing the classic moment from Uncharted 3 of Drake falling out of the cargo plane, and another showing the pirate ship featured in Uncharted 4. Holland does also seem to be sporting Drake’s classic look from the cover of the first game, so it seems the film is inspired by the games as a whole. The trailer also features Sophia Ali as recurring character Chloe Frazer, and Antonio Banderas as a currently unnamed villain.

In a blog post by Neil Druckmann posted on Naughty Dog’s website, director Ruben Fleischer (Zombieland, Venom) was quoted as saying that he “made the movie for both hardcore fans of the game and those who are not yet familiar with the franchise and believe that both will be equally entertained by this incredibly fun and action-packed film.”

The film is meant to act as a prequel of sorts to the games, showing how Drake became the gun-toting adventurer we know today. Holland was cast in the role in 2017, shortly before the release of Spider-Man: Homecoming. Considering Sony’s involvement in both projects, and Holland’s popularity as an actor, the casting isn’t too much of a surprise, although the choice of casting someone so young was questioned by some.

The film has been in development since 2008, with numerous directors, including Dan Trachtenberg and Travis Knight attached to direct, and has clearly gone through various iterations. Actors such as Nathan Fillion, Chris Pratt, and Wahlberg himself were considered for the role of Drake throughout development, meaning it was likely the film was more likely to directly follow the plot of the games, but clearly, those plans changed in the 13 years since development started.