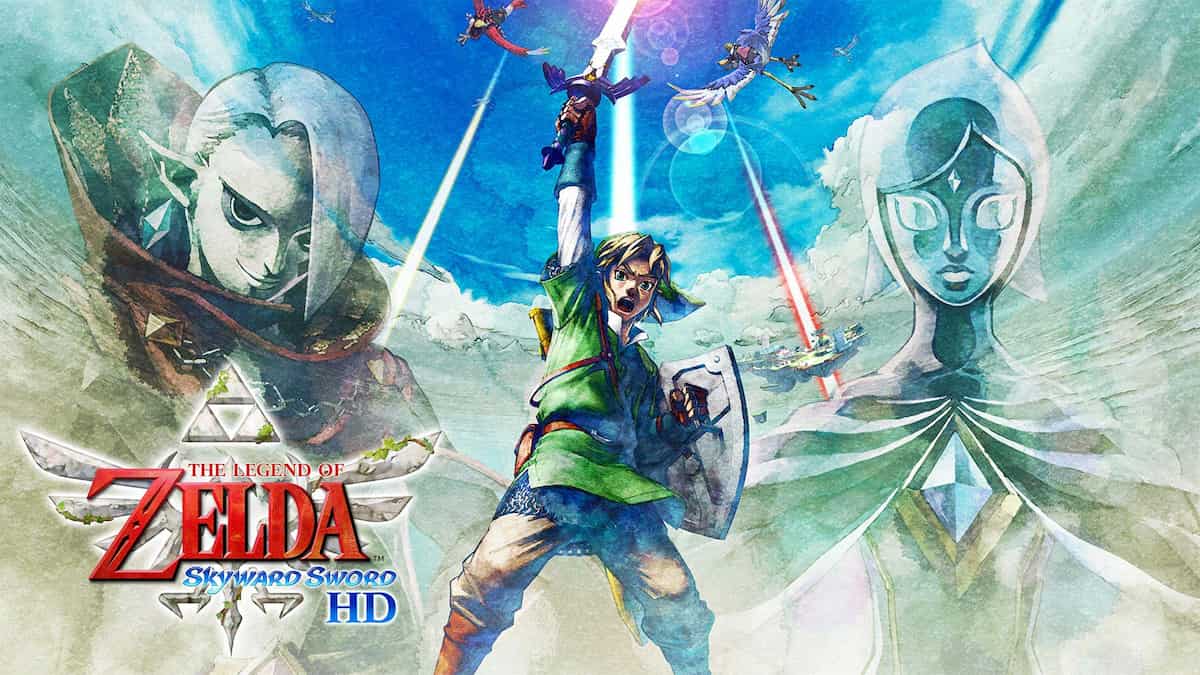 Like Super Mario 3D AllStars before it, 2011’s The Legend of Zelda: Skyward Sword is getting the high definition treatment for Nintendo Switch and will launch this summer. In celebration, Nintendo is also planning to launch a set of joy-cons themed after Link’s most iconic gear.

On July 16, The Legend of Zelda: Skyward Sword HD will release for the hybrid console and won’t just be vastly easier on the eyes. In addition, Nintendo has revealed the game is being packaged with an optional button-only control layout with combat revolving around the right analog stick. In addition, those who desire to use its classic motion controls will reportedly notice a “smoother” experience, thanks to the joy-cons.

Speaking of the controller, new blue and purple Legend of Zelda-themed joy-cons are also slated to release alongside the game. Its design is focused around Skyward Sword’s motion controls, with the left and right controller bearing symbols from Link’s Master Sword and Hylian Sword.

The HD remaster is the second title in the series to receive a dedicated port for the Nintendo Switch, following the 2019 launch of The Legend of Zelda: Link’s Awakening. When it first released, the Wii game was met with overwhelmingly-positive reviews and resulted in an overall Metacritic score of 93.

The Legend of Zelda: Skyward Sword HD is now up for pre-order on the Nintendo eShop and runs at $59.99.