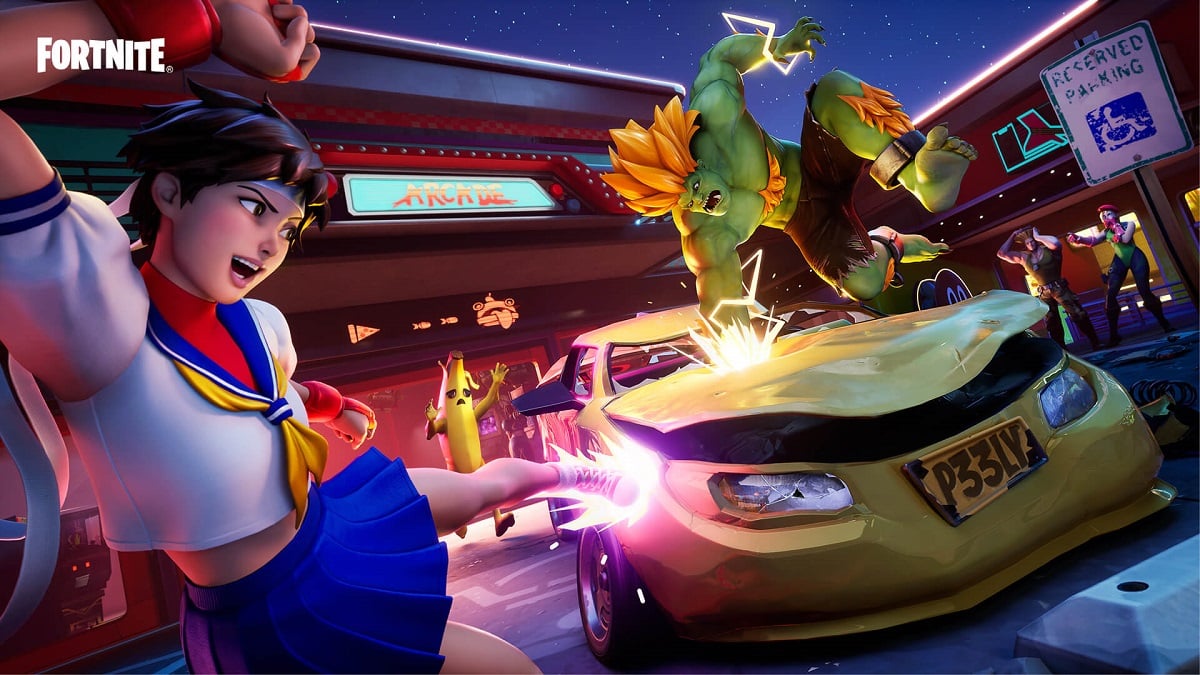 Considering four fan-favorite Street Fighter characters have already been added to Fortnite as unlockable skins (Ryu, Chun-Li, Cammy, and Guile), it’s hardly surprising to learn that another two are coming to the battle royale. Namely, Blanka and Sakura.

The pair will be added to Fortnite’s item shop this Thursday, April 28, and both come with their own unique cosmetics. For Blanka, he gets a fruit-themed pickaxe and a back bling based on Blanka-chan, the cuddly mascot version of Blanka from Street Fighter V. While he retains his classic, wild appearance, you’ll also have the option to dress him up in a snazzy suit and glasses. Rival Schools fans will get a kick out of it as it’s meant to be inspired by the character of Bowman Delgado.

Sakura, meanwhile, will show up in her original and iconic schoolgirl outfit and a gym uniform inspired by one of her alternate costumes in Street Fighter IV. Her claw machine back bling is a cute reference to her new job as an arcade manager and she also comes with a Fighting Tournament Trophy pickaxe and Kayari Buta glider.

Both characters will feature built-in emotes as well, and a new loading screen depicting the two destroying a car (another classic reference to the Street Fighter series) can be unlocked. Although you’ll need to be one of the top-performing players in the upcoming Blanka and Sakura Cup to get it. Full details on the cup can be found on the official Fortnite website.